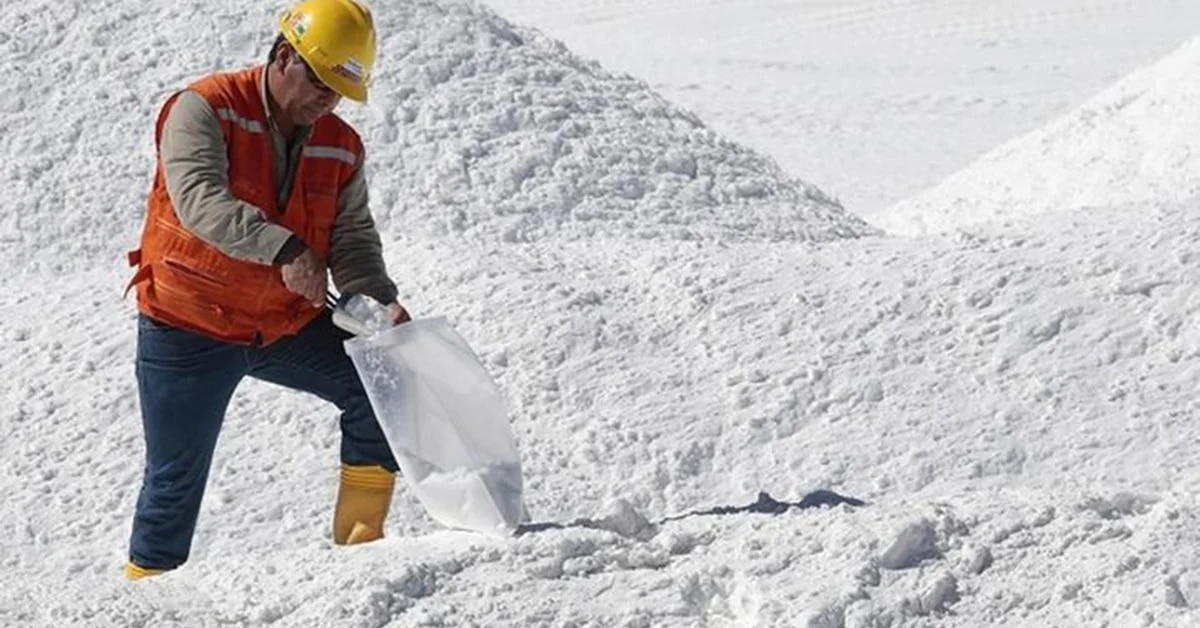 In Argentina, 19 lithium exploitation projects are in advanced stages

Despite integrating the “Lithium Triangle” with Bolivia and Chile 22% of world resources The regulatory design of the mining operation of this mineral casts doubt on the future development of the operation, especially due to tensions between the nation and the provinces when establishing the distribution of resources and capabilities.

19 Advanced Litigation Schemes have been distributed in the country Jujuy, Catamarca and SaltaWith an installed capacity of about 38,500 tonnes of lithium carbonate equivalent (LCE), it is the world’s fourth largest producer. This number can be multiplied by 3 to 7 times With the launch of new projects and extensions. Exports of USD 208 million in 2021 may rise to USD 5,100 in just 5 years.. “Starting new projects and expanding two existing operations will lead to a scenario of 255 thousand tons, which will place lithium among the first export complexes in the country,” said Victor Delbuno, a researcher in the natural resources area of ​​the funder. , Center for Research and Design of Public Policies on Sustainable Development.

Argentina’s uniqueness with respect to the other countries of the “triangle” is the federal regime for regulating and promoting mining activities, which “allocates powers and resources between the levels of government in order to pose the most important challenges to the implementation of development policies. According to the company’s statement, production around the resource. 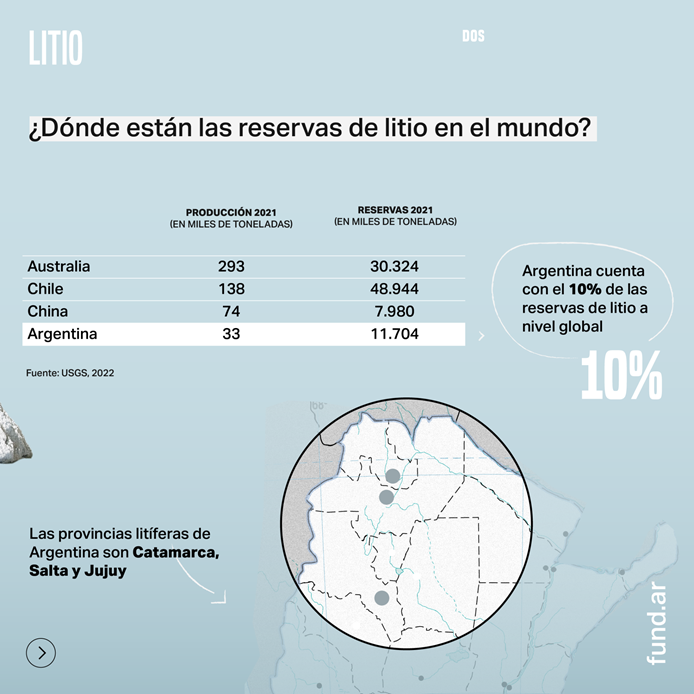 Have “anxieties or coordination problems.” In that area, according to Fundar. Its origin is that “although the provinces have control over mineral resources and the ability to grant concessions, the nation accumulates most of its tax resources from the instruments of activity and production policy and science and technology. This separation between the level of government controlling the concession regime on the one hand, and the level of government controlling the instruments of fiscal and production policy on the other , occurs only within the framework of federalism.

The scheme “restricts the range of conditions under which companies may be required to access exploitation rights over a resource.” Labor contracting and local purchasing rules in each province “create barriers to entry for firms from other provinces and create problems of scale.” At the same time, the mining promotion laws “do not establish any type of condition for access to the tax and commercial benefits considered in the regime.”

Tax policy, according to the report, is another point where Argentina differs from other producing countries. “When analyzing the tax structure of lithium mining, we can see that Argentina has less collection capacity than other countries in the region because there are no progressive tools to tax income or abnormal prices,” he said. Taxes collected by the nation on activity are not specifically allocated, he said, which “limits their relation to productive development policies.” 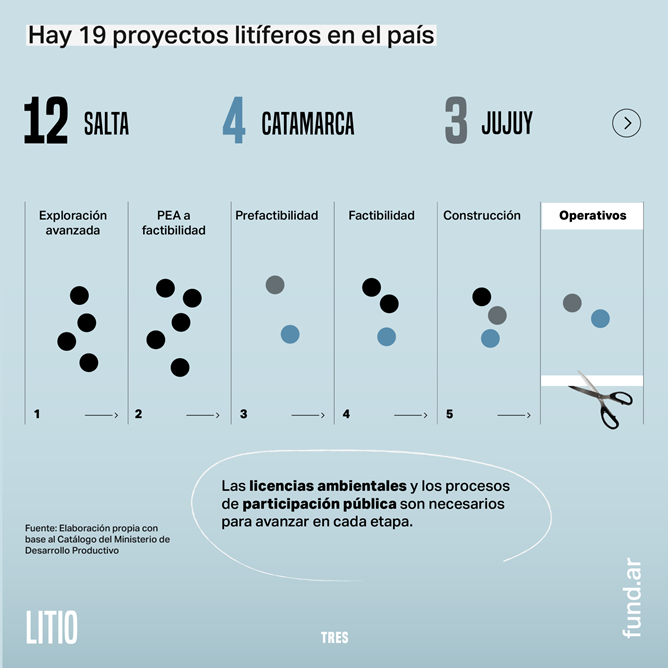 “This time, again, For example, there is an important difference in the case of ChileFollowing the recommendations of specialized literature to use revenue from natural resources to build production and technological capabilities, part of the revenue from lithium mining is used to finance R&D activities to process and transform lithium. Report added.

The discrepancy between science and technology policy and the current production reality of lithium in Argentina was also highlighted. “In a market where production scale offers comparative advantages, large industrial plants producing batteries must have competitive prices. That market is dominated by the three largest Asian manufacturers, South Korea, Japan and China.. The EU and the US are investing billions of dollars to develop lithium-ion production with uncertain results. In imagination, lithium is directly linked to the problem of batteries, but today batteries are far from us.Funder’s Director of Natural Resources explained. Charles Freeds. 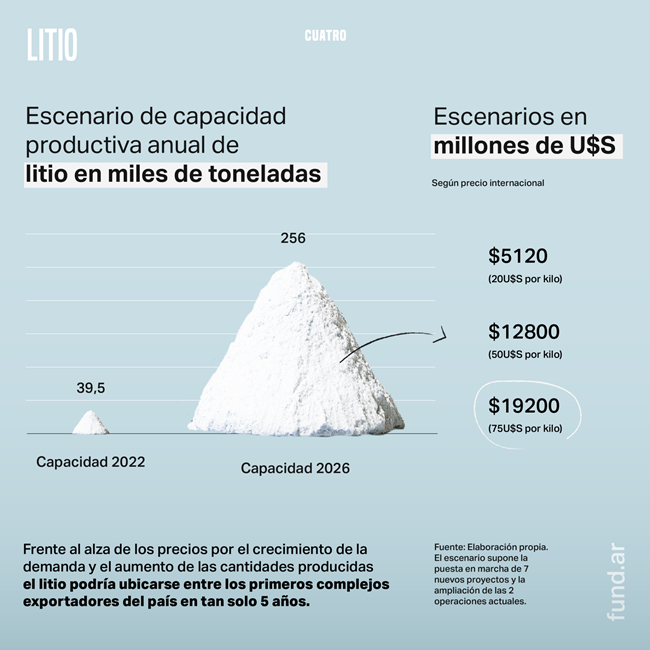 The geographic distribution of researchers and collaborators working on lithium-related issues has a strong concentration in Buenos Aires (25%), Córdoba (21%) and the autonomous city of Buenos Aires (15%). . In NOA’s provinces, with abundant lithium resources, only 17% of researchers and scholarship holders are found: Jujuy (8%), Catamarca (5%), Salta (4%). Additionally, Fundar pointed out that budgetary resources allocated to production development or socio-environmental projects around lithium are many times smaller than those allocated by Chile.

Based on constitutional guidelines, Fundar concludes that the challenge is to try to mitigate these tensions with very little scope for legislative change: “Federalism is a system of government that gives veto power to the provinces. Any change Current status affect your interests A reversal of the concessional regime is politically impossible Derived from the original domain of provinces over natural resources recognized by the 1994 Constitution. The challenge is to coordinate policies between different levels of government to address identified tensions and inequalities.

Businessmen asserted that the 2023 budget is an unbeatable opportunity to find deals
How much do you need to earn to be middle class in Buenos Aires?
Argentina is the worst country to buy an iPhone: How many days do you have to work to pay for it?