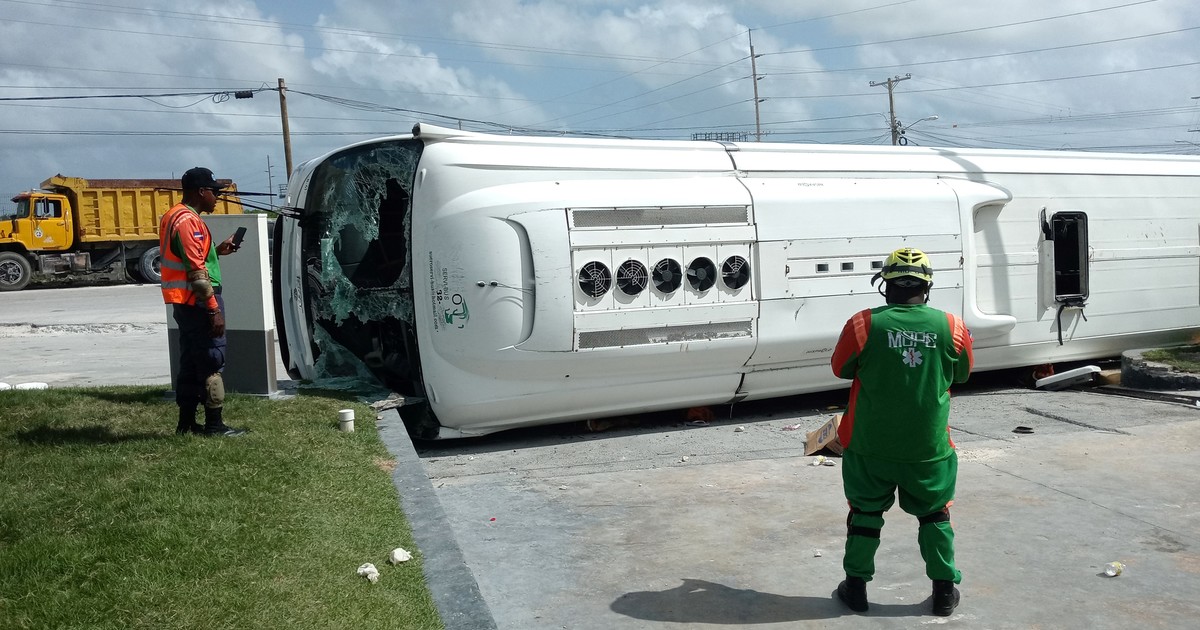 Paula Medina is 44 years old and traveling with her partner. A security camera shows the driver speeding.

Another Argentinian tourist, Valeria Paola Medina, 44 years oldHe died as a result Bus overturns in Punta Cana, Dominican Republic. The woman traveled with her partner and received medical attention at IMG Hospital. She passed away this Friday while her husband was discharged.

So, they are Two Argentine tourists and one Peruvian Three people were killed in an accident this Thursday morning on Boulevard Turístico del Este in the province of La Altagracia, Dominican Republic.

The other Argentine died from the rollover Valeria Victoria BrovelliA 33-year-old environmental science graduate, he worked as a safety and health consultant at IBM Argentina. He traveled to Punta Cana with his surviving partner.

The bus was carrying 46 tourists who were on a tour to Isla Sona. Photo EFE/Andrea Nava – Pavaro Digital

The third victim was Peruvian Carla Rodriguez Dionisio, 40, who was traveling with her husband and her minor son. Both have been hospitalized.

On the bus of “Suro Bus” company 14 Argentina trip. Apart from the two who died, seven people are still hospitalized, three of whom are in the intensive care unit (ICU). The condition of two is critical and one is stable. The remaining five, including Paola Medina’s husband, were discharged.

Valeria Brovelli was one of two Argentine tourists who died in Punta Cana.

There were seven Colombian tourists, five Peruvians, 11 Chileans, two Mexicans and seven Brazilians. Everyone did An excursion to Sona IslandBut the journey did not end in the desired destination, but in a bad way.

How was the accident?

At the same time spread Video captured by security camera Shows the exact moment of the accident. This shows that the micro is turned at high speed Not trying to avoid any other vehicle or obstacle On the way, the driver would have said.

Mike is done Lying on its side At the entrance of a service station. The images leave the initial clues that the accident took place after the bus Suffered a slip.

In turn, many injured passengers said that an accident had occurred Driver negligence.

Micro was like this. Passengers point out the negligence of the driver. Photo EFE/Andrea Nava – Pavaro Digital

“It’s not like they say, he crashed into a wall to avoid a truck: it wasn’t like that. The driver was fast and Took a curve with that speedIt overturned,” said Dominique Dregman, a Chilean tourist who was traveling on the bus.

The young woman never imagined that she would witness a tragedy with three friends. According to him, although 46 people were traveling, the bus was old and not suitable for moving people. Trackman, who identified herself as a nurse, said she called 911 Help is not immediate Because “there are only three ambulances in the city, two of which are occupied”.