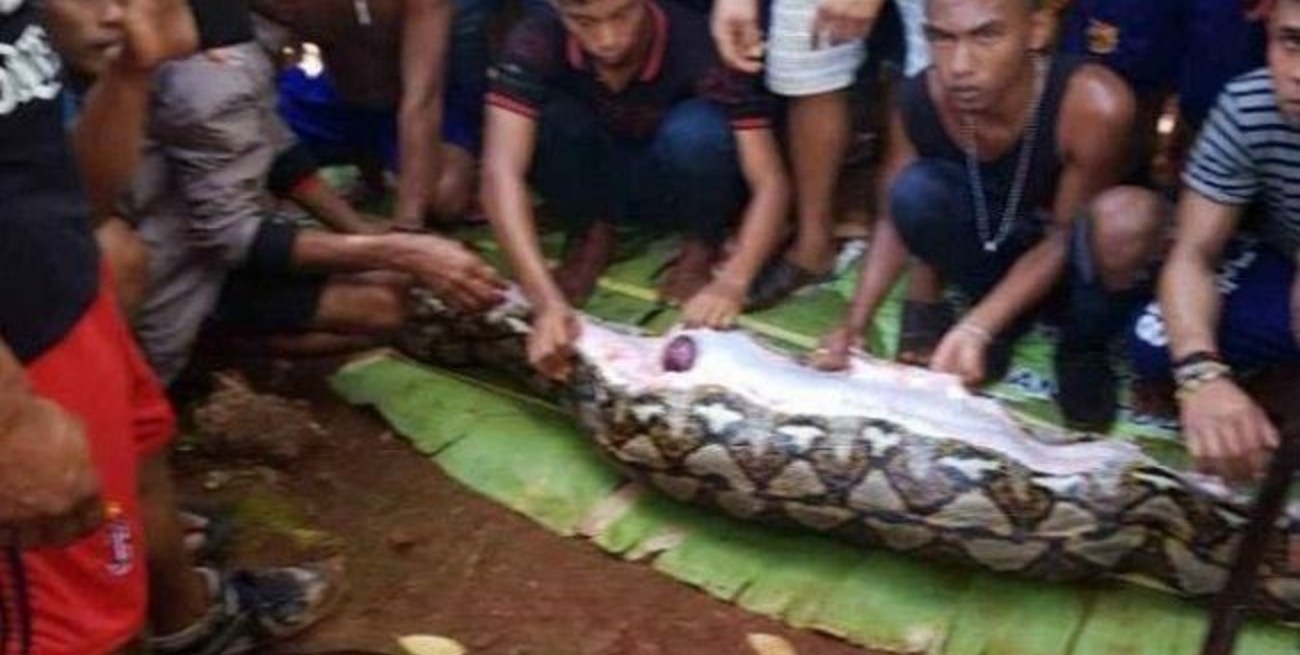 A 54-year-old woman, Zahrah, was eaten by a six-meter python in the small Indonesian province of Jambi. A resident of a small town decided to visit one of the nearby forests. During this, he went in search of rubber extracted from the elastic ficus trees growing in the area.

When Zahra did not return, her relatives decided to inform the authorities. The raking work was carried out for two days to no avail.

Finally, the locals sent out search parties and found a huge snake with a swollen belly in a forest and, in desperation, decided to kill it. Little did they expect that inside they would find Zahra’s dead body. Experts explained that these animals can take up to a week to digest this amount of prey.

“The villagers are worried that there are big snakes in the forest. The two goats have been eaten,” warned the local leader. He stressed that this was not the first python specimen of this size they had seen in recent weeks.

Check it out tooIn Indonesia, a crocodile was killed to retrieve a swallowed child

“Grandma could have died in an excruciating ordeal that took two hours to complete.” He added that the snake would have originally used its fangs, which were angled backwards to provide a grip, to hold the zara. Then he would use his powerful body to wrap her up as quickly as possible until she could no longer breathe.

After she choked, he removed her jaw and swallowed her whole. “It probably took the snake weeks to fully digest that amount of food, and after the snake was cut, Zara’s body appeared mostly intact, including her clothing.”

See also  How the dictatorship of Augusto Pinochet gave more than 1,700 children to Sweden for illegal adoption