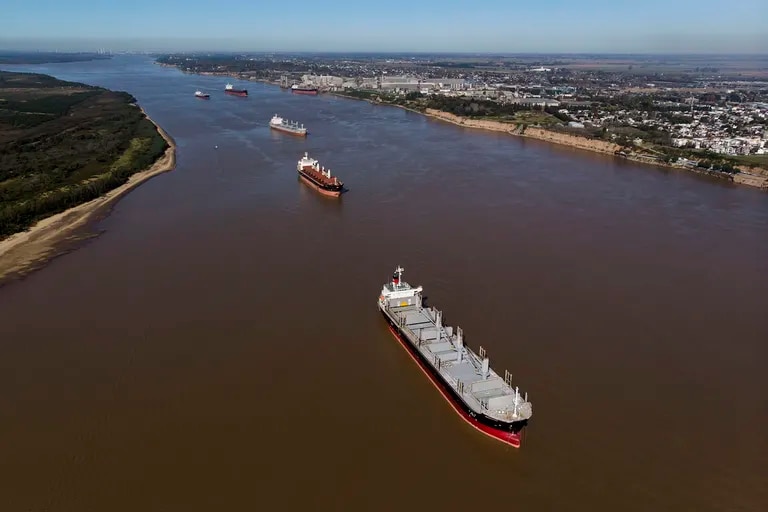 Among the strong Drought Estimates of the wheat harvest are collapsing, compounded by the occurrence of severe late frosts, the Agriculture Secretary, Juan Jose Pahillo He signed the resolution Exceptionally extended wheat export for 360 days.

This decision was passed in the official gazette, taken to avoid further pressure on domestic grain prices They have regained strength in recent days after Russia pulled out of an agreement to allow Ukraine to export its grain through a safe corridor.

The export is extended for one year from December 1 [cuando empieza el año comercial]”, An official source said yesterday about the immediate action. He pointed out that from then till February 28, Undertakings for Foreign Sales (DJVE) will take place. “Through this, the internal market is relaxed,” an official source said. A few days ago, Pahilo said exporters requested DJVE to consider the postponement.

This Wednesday, Resolution 114 of Agriculture was made official, in this regard, in its Article 1, it states: “An exceptional automatic extension of three hundred and sixty (360) calendar days is granted to undertakings for sale abroad (DJVE) with a shipment period between December 1, 2022 and February 28, 2023, counted from the end of shipment of merchandise included in tariff item 1001.99.00 (Bread Wheat) extension. It will be set during the new maximum validity period of DJVE”. At other points, the songs mention the impact of the “great drought” and wheat as the most affected crop. “There is a need to take concrete measures to contain the possible consequences and their implications on the agricultural export situation.”

Exporters have booked 8.8 million tonnes of grain for sale abroad. Of this amount, export sources confirmed that 8 million tonnes are to be sold from December to next February 28.

Meanwhile, companies in the sector have effectively acquired more than 5 million tonnes, even though harvesting has yet to begin. They have to buy the surplus which is considered to be a factor of price pressure in an environment of uncertainty about the final size of the grain harvest.

“Many producer contracts have already warned that their wheat has been burnt” Mentioned in the export sector.

Last week, the Rosario Stock Exchange (BCR) It cut its cereal harvest forecast to 13.7 million tonnes, Below the 15 million tonnes expected as of the previous week. 23 million tonnes were collected last year to compare the impact of drought and frost.

As a strong pruning of production is expected, the same will happen in exports. For BCR, with this year’s harvest, sales abroad in 2023 will be reduced by more than 1,575 million compared to last cycle. They will earn a total of USD 3,025 million.

Further complicating the picture, frosts were recorded again today at a critical moment for the crop southeast of Buenos Aires, a major area of ​​the grain.

“Manufacturers lost out, they are an important sector of our economy. We have to think about how we help them, how we postpone shipments, how we insure against contract violations because there are producers who have been forced to sell their wheat because of the drought.The Minister of Economy had informed yesterday. Serge Massa, Effect of drought on crop.