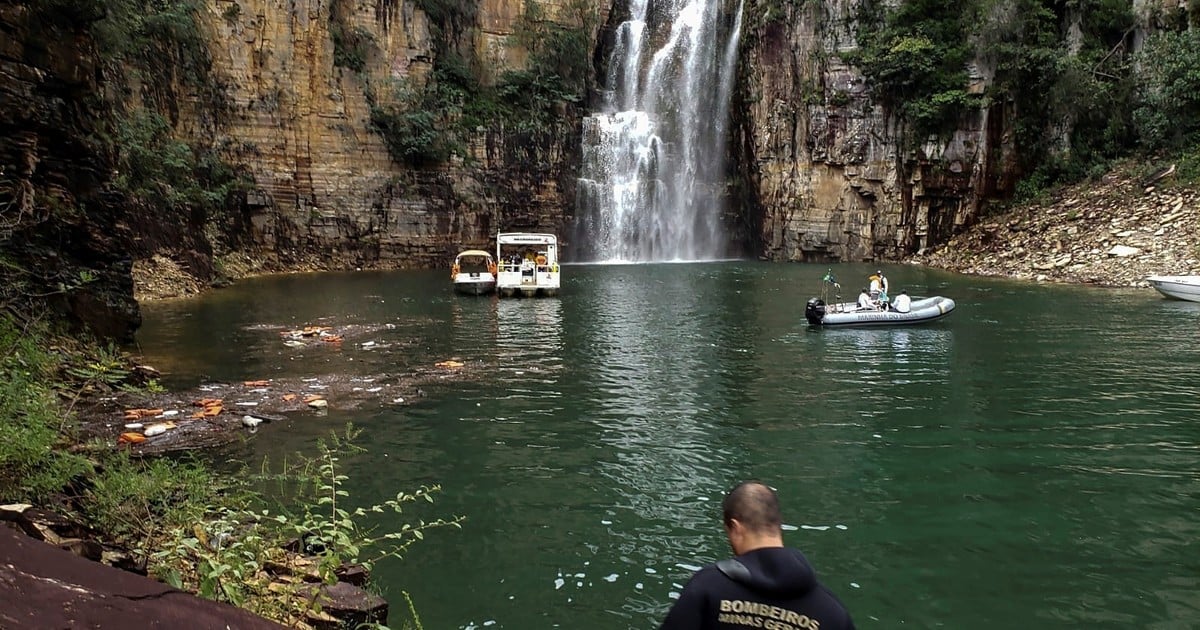 After resuming work on Furnace Lake this morning, Members of the Minas Gerais Fire Department found the bodies of the last three missing The death toll rose to ten when the rock wall of the valley finally collapsed on some boats in Brazil. Also, 32 people were injured.

According to the testimony of Major Rodrigo Castro, commander of the fire department, one of the bodies found this morning resembled the body of a man who was under water. Civil police are currently working to identify the bodies, Although there are no missing persons.

Firefighters, navy, rescue divers and police were involved in the operation, which called for more than 60 agents to assist in the tragedy, which took place Saturday afternoon in the tourist municipality of Capitolio in the state of Minas. Jeris (Southeast).

A video circulating on social media shows a huge rock breaking out of a valley wall. Rushing in four boats That was Lake furnaces.

In another post, just minutes before the disaster, the affected ships are found. Trying to get away From the wall of the valley, amidst the warnings and shouts of the people on the surrounding ships.

Initially, firefighters said 20 people were missing, but they were able to contact those on board at the time of the crash and move on for hours. Most of the injured had minor injuries, but Four people are still in the hospital, According to officials.

Firefighters suspect heavy rains in the area over the past few days may have put pressure on the valley walls and caused a landslide.

A spokesman for the Minas Gerais Fire Department, Pedro Aihara, told the GloboNews channel on Saturday that the valleys were made up of sedimentary rocks that were “very susceptible to the effects of wind and rain.” Therefore, they are “less resistant” to bad weather.

The scene of the accident The most touristy area of ​​the Capitolio, A city about 280 kilometers from Belo Horizonte, the capital of Minas Gerais, is famous for its natural beauty and its impressive valleys that can be visited by boat.

At another point in Minas Gerais, The dam of French steelmaker Vallourec was also flooded on Saturday due to heavy rain The highway connecting Belo Horizonte with Rio de Janeiro was forced to cross without any casualties.

According to the Folha de San Pablo newspaper, Passos regional representative Marcos de Souza Pimenta said, “It would be premature to hold anyone responsible for an accident of this magnitude.” The focus is now on identifying those involved in the crash.

Pimenta says the bodies were badly damaged as a result of the accident. Currently, only the 68-year-old retiree, the 14-year-old teenager and his father have been formally identified.