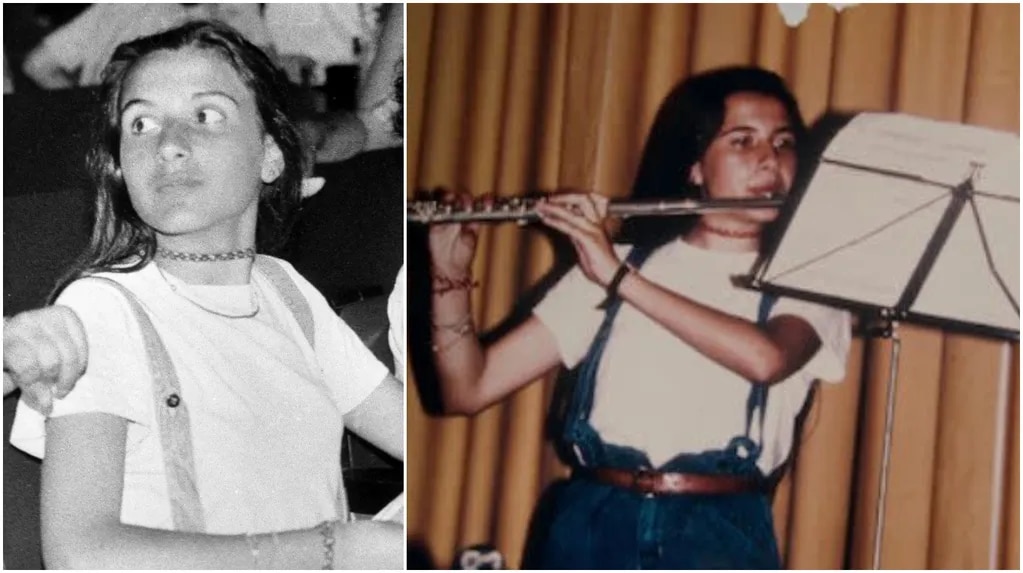 On Wednesday, June 22, 1983, Emanuela OrlandiA young woman 15 years and daughter of an officer The Vatican, went to his flute classes as usual at a music school in the center of Rome. But he never returned home to the Holy See. Since then, almost 40 years have passed, three popes, and the totality of the mystery.

Orlandi’s disappearance faces a wall of silence, which spawns a variety of theories about his disappearance, from mafia involvement to pedophilia or a plot to secure the release of Mehmet Ali Agha, the Turkish citizen who attempted to assassinate John Paul. II.

A case that rocked the Vatican’s sensibilities

In the 1980s, about 700 people lived within the Vatican walls, including only 100 lay people. The Orlandi family belongs to this category. The father, Ercole, was Secretary of the Prefecture of the Papal Household and organized the Supreme Pontifical Audience. Mother, Maria Pesano, was a housewife. Emanuela was the fourth of five siblings: Natalia, Pietro, Federica and Maria Cristina.

I also read: A dream wedding and a guest serial killer: DJ cuts music for a lost girl, everything is a tragedy

The family lived on just 44 hectares in the city-state and the boys had a privileged childhood with access to its lavish gardens. “They were like the patio of our house. We felt we were in the safest place in the world”, the girl’s older brother Pietro once told the newspaper Guardian.

Emanuela always had a passion for music I attended flute classes At the Tommaso Ludovico da Victoria School in the center of Rome, an educational center attached to the Pontifical Institute for Sacred Music. He was also part of the choir of the Church of Sant’Anna di Palafranieri in the Vatican.

On the day she disappeared, the young woman asked her brother Pietro to accompany her on a bus trip. It was hot, and the young man felt lazy, and told him he had “other things to do.” They had an argument and she left after knocking the door. Little did Pietro know that would be his last conversation with her. “I’ve gone through it so many times that if I’d gone with her it wouldn’t have happened,” he lamented.

Since then, he has moved heaven and earth in his search, and is convinced that someone in the Vatican knows the truth. And aim higher. As he said, in a meeting with Francisco, the Argentine Pope told Emanuela. I was in “heaven”..

“Bercoglio raises the wall around this story more than his predecessors, and shows a total closure of Emanuela and her abduction,” Pietro told the newspaper. A new society.

“Unexpectedly, They will continue to do everything to prevent the truth from coming to lightBut eventually they will give in and the truth will come out,” Emanuela’s brother said.

On the day of her disappearance, Emanuela called home from school to say that a man believed to be a representative of a cosmetics brand had stopped her on the street to offer her a job. It was her sister Federica who answered the phone, and she advised them not to accept anything without first discussing it with their parents.

After classes, Emanuela had to meet her sister Maria Cristina and a group of friends. Never appeared. According to reconstructions made, the young woman is believed to have disappeared near Piazza Navona. “At half past nine we panicked because it was not normal to be out at that time in the Orlandi house.Pietro said in a documentary Netflix About the case.

I also read: Maria Marta’s Crime: The Role of Each Accused and How They Are 20 Years After an Innocent Murder

The dream never stopped. The family dismissed any suggestion that Emanuela may have left of her own free will. “She was very quiet, she was planning something with her sister, and a few days later she was performing concerts,” Pietro once said.

The family thought Emanuela might have been abducted or met with an accident. “Later Pope John Paul II made an appeal during his Angelus. It triggered everything. “Emanuela was suddenly at the center of an international intrigue,” commented Pietro.

Main theories about the death of Emanuela Orlandi

About the girl’s disappearance, there is no certainty, but a network of rumors. Theories have circulated over the years linking Emanuela to an assassination attempt on the Pope, financial irregularities at the Vatican bank, or a sex ring run by the Vatican police and the criminal underworld.

On July 5, 1983, thirteen days after Emanuela disappeared, A man with an American accent He called the Vatican and said he was holding the woman hostage.. In return, he demanded “the release of Ali,” who shot twice Pope John Paul II in the middle of St. Peter’s Square in 1981. Laura CasagrandeOrlandi’s friend, the “American Ghost,” set an ultimatum: if they didn’t accede to his demands, he was going to kill Emanuela on July 20.

Another clue links the girl’s disappearance to the Italian mafia, the Vatican Bank and the bankruptcy of the Ambrosiano Bank, a Catholic institution born at the end of the 19th century that ended in “bodies founded for moral orders, sacred works and charitable aid” and money laundering and corporate corruption. Coastal. In this Kidnapping would have been retaliation for unpaid debts.

See also  Uncertainty over President Ramaphosa's future in South Africa after scandal over US$580,000 hidden in sofa

In the Netflix documentary, Vatican GirlEmanuela’s childhood friend reassures the teenager A few days ago he was sexually harassed in the Vatican Someone close to the Pope”. Again the plot revolves around the mafia. According to this theory, a criminal organization band Magliana knew about the case and kidnapped her to pressure the Vatican and extort money from Church leaders.

In 2005, Sabrina MinardiExamante of Cabo de la Magliana Enrico “Renatino” Di Bedis He said he kidnapped Emanuela and the man killed her. It is also said that the girl’s remains were buried in the gang’s graveyard. In 2012, police exhumed De Bedis’ body from a crypt in Rome’s Sant’Apollinare Basilica. No connection to Emanuela was ever discovered and De Bedis’ remains were cremated and scattered at sea.

In this case it just wasn’t dug up. In October 2018, Another discovery of human remains was made while working in the nunciature garden Made all sorts of assumptions in Italy. Scientific experiments have concluded that The bones are very old and are not Emanuela’s.

In 2019, two more tombs were opened, and an anonymous letter to the Orlandi family advised them to “see where the angel is pointing” after a photograph of a stone figure in the Vatican’s Teutonic tomb. They are the tombs of Princesses Sophie von Hohenlohe and Carlotta Federica of Mecklenburg. But this time there was no trace of Emanuela. Not even Sophie or Carlotta: The tombs were empty.

Another theory propagated by the exorcist priest Gabriel Amorth It talks about the exploitation of minors at “sex parties” at the Vatican, organized by Vatican police officers and consuls from foreign embassies to the Holy See.

Trapped in a seemingly endless nightmare and haunted by guilt, Pietro Orlandi vows to find out what happened to his sister. “Until we find her remains, we must never stop believing that she is still alive,” he said Guardian.