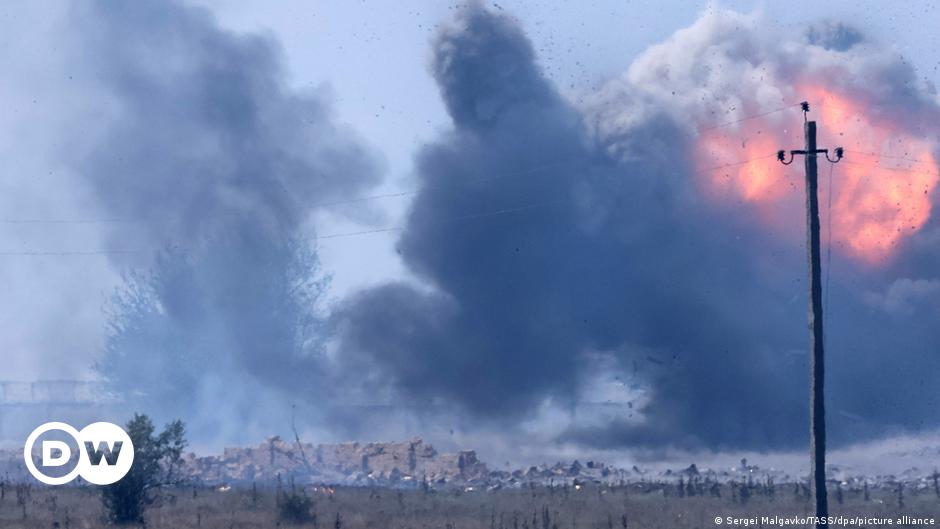 Two attacks on Russian military bases in Crimea in the past week have bolstered Ukrainian morale and put pressure on Russia, eight years after Moscow’s humiliating annexation of the peninsula, reported Wednesday (08.17.2022).

The Russian Defense Ministry announced on Tuesday that an “act of sabotage” had led to a series of explosions at an ammunition depot near the town of Zhankoy, as well as damage to the railway.

Ukrainian authorities did not claim responsibility for the attack, but Andriy Yermak, head of the Ukrainian presidency, spoke on Twitter about the “demilitarization” of the Ukrainian armed forces, using terminology that Russia justified the invasion.

The incident comes a week after another attack on a Russian air base in Crimea, which was described by a Ukrainian official who did not want to be named as a “well-prepared special partisan job”.

For analyst Oliver Alexander, the attacks, which he believes were carried out by ballistic missiles, undermine Russian morale and boost morale on the part of Ukraine.

“Crimea was a relatively safe place for the last six months, but not anymore. This has increased the pressure on the Russians,” explains Alexander.

Concern has also increased among Russian tourists visiting the region, known for its beaches.

On the other hand, the adviser to the Ukrainian president, Mihailo Podoliak, called for the “demolition” of the Kerch bridge, which opened in 2018 and connects Russia to the east of the peninsula. This raises fears in Moscow that it could become a legitimate military target.

The Washington-based Institute of War Research said the target of Tuesday’s attack was a key supply hub for Russian troops in southern Ukraine.

They said last week’s attacks were part of “a coordinated Ukrainian counteroffensive” that cut off supply lines across the Dnieper River.

Ukraine says it has captured dozens of towns along its southern front and destroyed strategic points such as bridges.