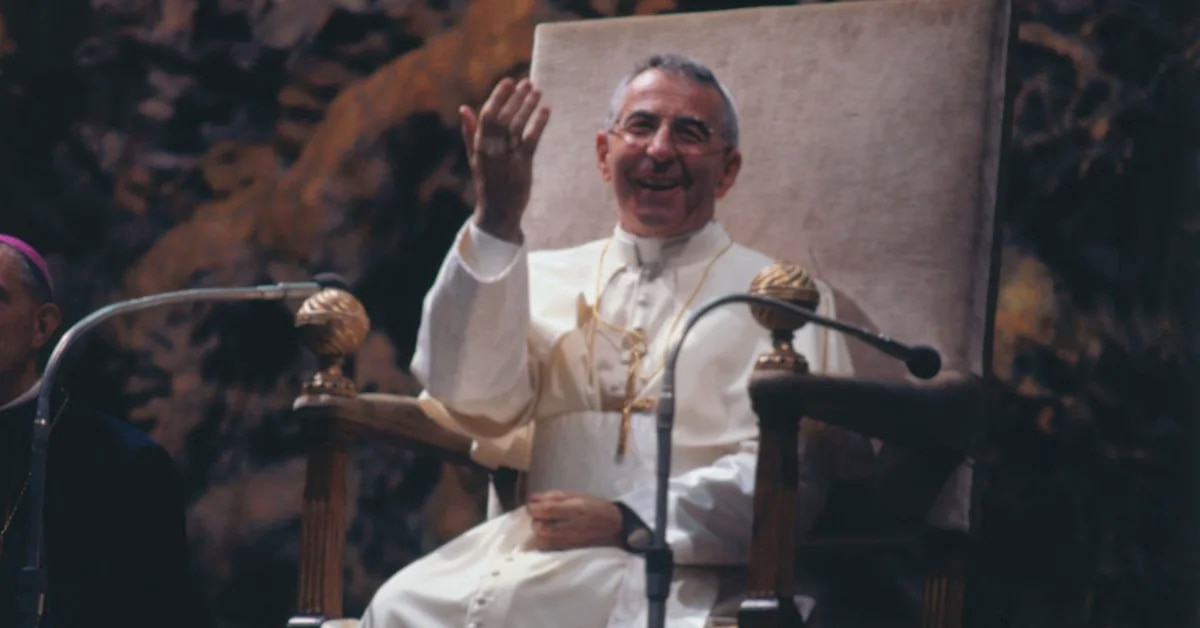 John Paul I salutes after being elected Pope in 1978

Pope Francis approved it in October last year Miracle Necessary for the canonization of John Paul I, his pontificate lasted 33 days onlyOne of the shortest in history, it was marked by the three successors of Peter in 1978 (when he was elected).

“With a smile, Pope John Paul was able to convey the goodness of GodFrancis said during Sunday Mass. “How beautiful is a church with a happy, peaceful and smiling face, that never closes its doors, never hardens its hearts, never complains or holds grudges, never gets angry or impatient, never looks harsh or longs for the past. ..”

It is a miracle (a necessary step to receive grace) recognized by Francis Extraordinary treatment of an eleven-year-old Argentine girl with a severe form of encephalopathy.

John Paul I was the first pope born in the 20th century and the last pope to die in that century. He is also the last Italian pontiff in a long, uninterrupted succession of Italian popes spanning more than four centuries, beginning with Clement VII in 1523. After his sudden death, he was succeeded by Polish Cardinal Karol Wojtyła. The name is John Paul II.

His successor, John Paul II, was declared a servant of God, on November 23, 2003, the first step on the road to sainthood. Francis confirmed his heroic virtues on November 8, 2017 and declared him venerable. 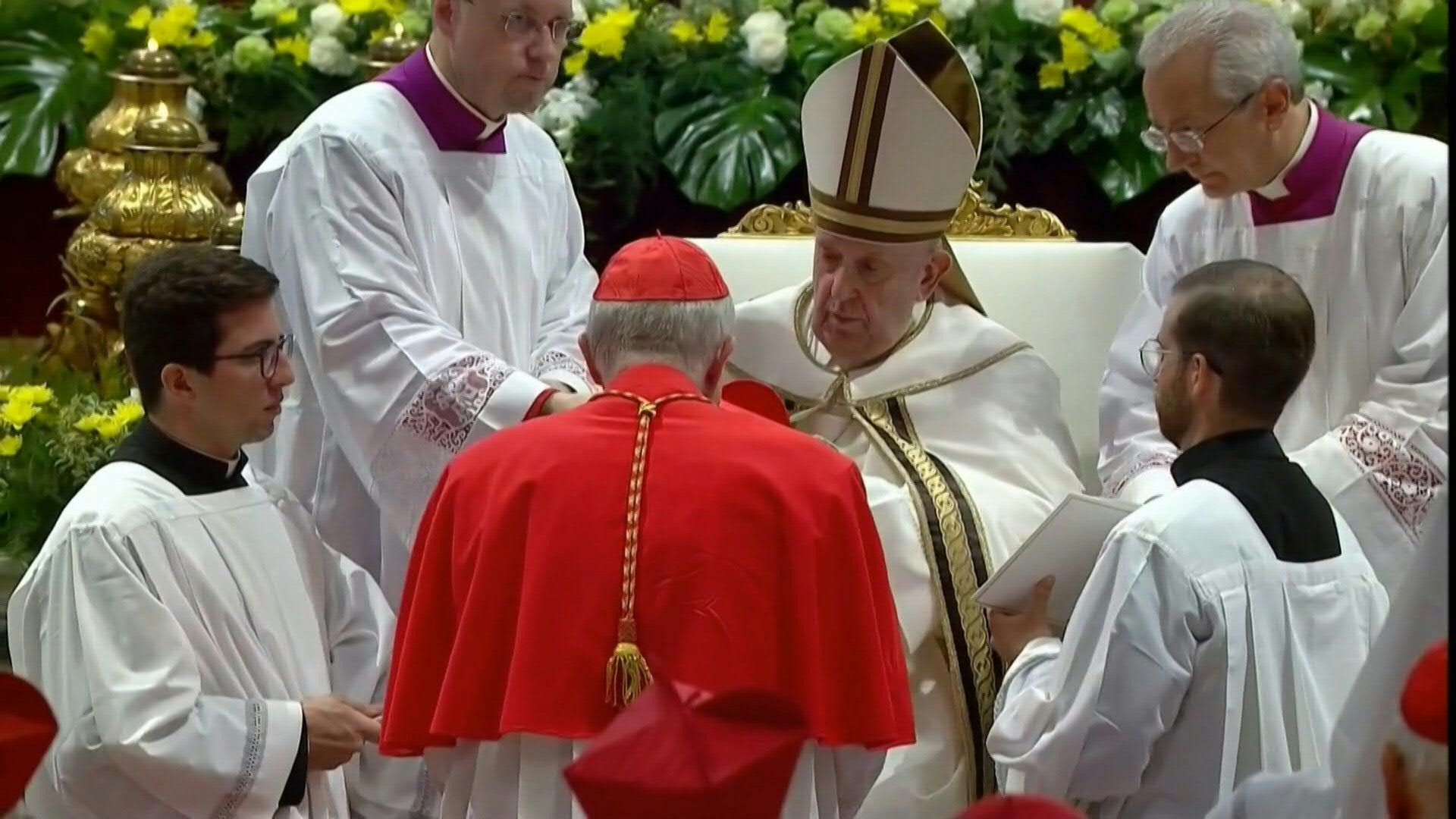 Albino Luciani was born on October 17, 1912, in Forno di Canale (today Canale d’Agordo), Italy. The son of a glass manufacturer, lost his mother at the age of ten; The father, Giovanni Luciani, had a second marriage with a pious woman who was decisive in the child’s religious career.

Trained at the Minor Seminary of Feltre and the Gregorian Seminary of Belluno, Albino Luciani He was ordained a priest in 1935The same year he moved to Rome, where he studied philosophy at its Gregorian University and earned a doctorate in theology.

He served as professor and director of the Belluno Seminary before being named Bishop of Vittorio Veneto in 1959, and ten years later as Patriarch of Venice. In 1973 he received the cardinalate and entered the Congregation for the Sacraments and Divine Liturgy. Parallel to the renewal initiated at the Second Vatican Council, Albino Luciani participated in its sessions between 1962 and 1965, although he preferred the pastoral work of the Curia.

Very sensitive to poverty, he also affirmed the importance of giving “Fair pay” for all. “With great simplicity and a strong pastoral fiber”, John Paul I “humanized the office [papal] and simplified everything formal,” explained Christoph Henning AFP. 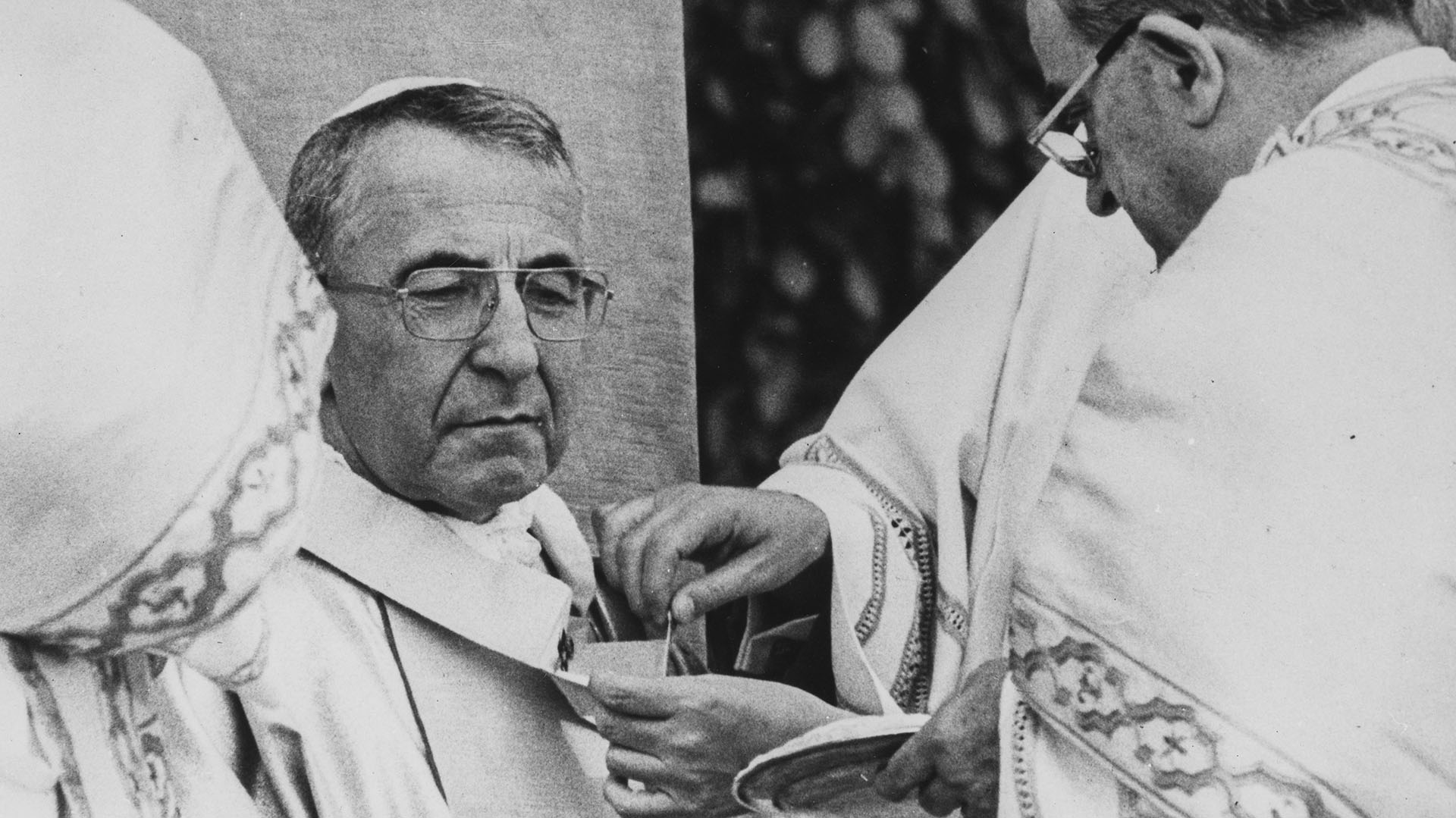 Sister Margarita Marin, who assisted John Paul I in the papal residence, recalled a man “beloved by all.” “He treated his collaborators with great respect and apologized for bothering them. I never saw him impatient with anyone,” the nun recalled at a press conference on Friday.

The The ‘Smiling Dad’ made a mark in people’s minds for his simplicity and taste in simple and informal exchanges., especially with children. It was very popular in Italy and other parts of the world.

In the early hours of September 29, 1978, a nun found his lifeless body, sitting on a bed, wearing glasses, with some leaves in his hands. An autopsy was not performed to confirm the cause of death.

The announcement of his death is surrounded by contradictions and misinformation Also, the Church, and in particular, the Vatican, who were found to have been involved in financial malfeasance, invoked the theory of murder by poisoning to prevent him from being disciplined in banking affairs.

But this “conspiracy hypothesis” was above all due to “catastrophic communication” from the Vatican, according to Christoph Henning, journalist and author of the book “Petite vie de Jean Paul Ier” (Short Life of John Paul I). Like Henning, many experts reject this hypothesis, believing it to be based on a set of coincidences rather than concrete elements.

Stefania Falasca, an Italian journalist who actively supports the canonization of John Paul I – refuted these rumors in a book published in 2017 and prefaced by Archbishop Pietro Parolin, Secretary of State of the Holy See (Vatican Number Two).

A canonization process began in 2003, after the Brazilian Episcopal Conference began a petition to canonize him in the 1990s.

(With information from Europa Press and AFP)

Pope Francis rejects death penalty: “It does not provide justice, but encourages revenge”
For the first time, the Vatican has criticized Russia’s invasion of Ukraine as “stupid, abominable and sacrilegious”.
Pope Francis rallies cardinals: Seeks to promote sweeping reform of his administration at Vatican