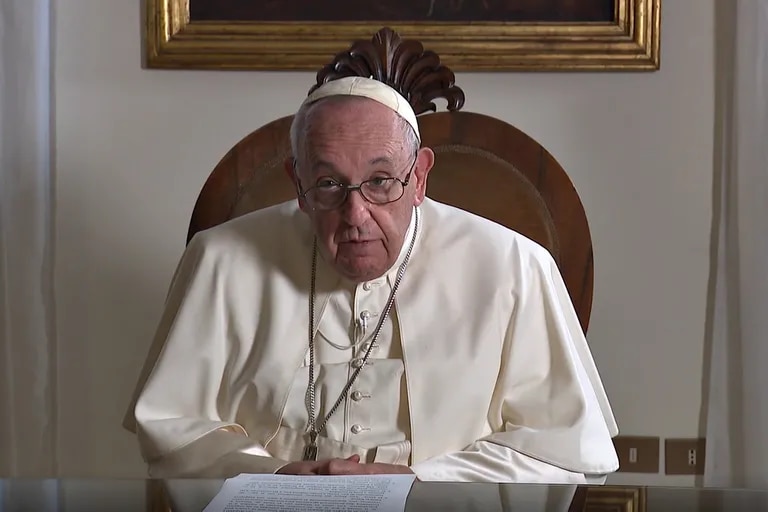 ROME.- “I have already signed my resignation. It was Secretary of State Darcisio Bertone. I signed it and told him: ‘Here is my resignation in case of interruption due to medical reasons or anything. They already have it. I do not know to whom Cardinal Bertone gave it, but I gave it to him when I was Secretary of State. Pope Francis made the revelation this Sunday. On that day 86 years old, During an interview with a Spanish newspaper ABC.

This is a kind of tradition among the papacy of the modern era, already at the beginning of his ecclesiastical He left a written resignation letter in case of incapacity.

When asked what would happen if a pontiff was suddenly paralyzed by ill health or accident, The Pope said this was the first time this detail had been mentioned. “Paul VI left his resignation in writing in case of permanent disruption,” the interviewer noted. And he added: “That’s right, and Pius XII thinks so too.”

The Supreme Pontiff wishes it to be known. “That’s why I’m telling you. Now one would go ask Bertone for it: “Give me a piece of paper!” (Laughs). He may have handed it over to the new Secretary of State, Cardinal Pietro Parolin. I gave it to Bertone as Secretary of State,” he said.

Bertone was Francisco’s number two, “inherited” from Benedict XVI, at the beginning of his pontificate, in March 2013, until October of the same year, when he appointed Cardinal Pietro Barolin as the new Secretary of State.

Executed by Pope Francis 86 years old, From the beginning of his church He said he would have no problem following in the footsteps of his predecessor, Benedict XVI. Pope Emeritus who abdicated the throne of Peter on February 11, 2013.

All popes of the modern era have always resigned in writing in case of incapacity. Pius XII left a letter in case he was captured by the Nazis; Paul IV, too; And even John Paul II, the late Argentine Cardinal Jorge Mejia revealed to La Nazion at the time.

Although he never revealed the existence of the disability resignation letter, in recent months, in various interviews Pope Francis reiterated that he would have no problem following in the footsteps of Benedict XVI. Although he made it clear that the time had not come.

Speculations of a possible resignation were unleashed last May when a series of events came together that had led to suggestions in some sectors. After appearing in a wheelchair for the first time due to knee problems – which had been dragging on since the beginning of the year – it was announced that at the end of August he would invite all the cardinals of the world to Rome to reflect on his seriousness about the reform of the Curia and to increase the number of electors at the next conclave, in the city of L’Aquila in central Italy. In front of Joseph Ratzinger is the tomb of the last Pope, Celestine V, who resigned in 1294 and was visited by the Pope Emeritus on February 11, 2013, two years before his miraculous move.

“All these coincidences made us think that maybe it was the same cult, but it never entered my head, it never crossed my mind. Not at the moment, seriously,” he told A last July Interview with Reuters, as he already did last September in an interview with Spanish radio station Kobe. “But when the time comes, when I see that I can no longer bear it, I will do it. This is the best example of Pope Benedict: it is a very good thing for the Church, and he asked the popes to stop in. Time. He is a great Benedict”, he said. Appreciated as he had done in the past.

When will his resignation take place? “We don’t know. God will tell,” replied Francisco.

In an interview with ABC, when asked about the tenth anniversary of Benedict’s resignation on February 16, Pope Francis said he meets with him often. “I come away refreshed from his candid vision. He lives in thought … He has a good mood, he is clear, very alive, he speaks slowly, but follows the conversation. I appreciate your intelligence. It’s good,” he said.

Asked what he admires most about Benedict, the former archbishop of Buenos Aires replied: “He is a saint. He is of high spiritual life”.