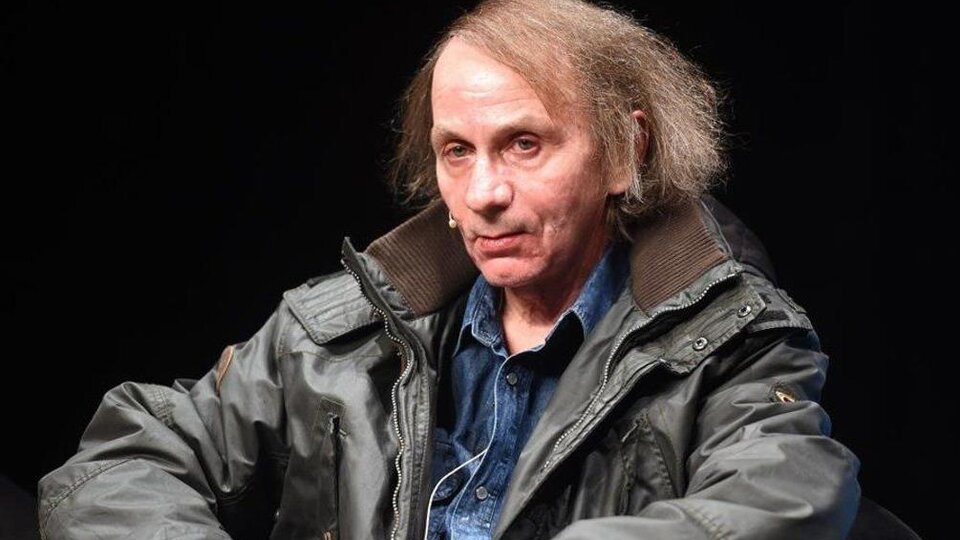 The “Maltido” Michael Houellebecq Recharge and come backas A dystopian Balzac 21st century, it explores the contradictions of capitalism Decline of Western Societies. “It seemed clear to him that the whole system would collapse in a great collapse, the date and methods of which were not yet predicted, but the date might be shortened and the methods would be malignant.

And so he found himself in the peculiar situation of constantly toiling, even with a certain neglect, to maintain a social system which he knew was irreparably doomed, and not for very long,” says the story. Destruction (anagram), a novel of over 600 pages set in the year 2027. The winner of the French presidential election could be a TV star. The powerful man behind that candidacy is the current economy minister, Bruno Juge, to whom Paul Risen works as an adviser, the novel’s protagonist, a hopeless, quiet man who falls apart in marriage.

To destroy the modern world

Houellebecq explores the pressing problem of fake news and relationship with reality. For example, in the novel, disturbing images appear on the Internet in which minister Bruno Juge is beheaded by a guillotine. The simulation is so perfect that it looks like a real beheading. A stroke immobilizes Paul’s father, a retired ex-spy living in a village in the Beaujolais wine region. At his father’s house, Paul discovers some intriguing documents with clues about the author of the attacks against a container ship off the coast of A Coruña, the attacks against a sperm bank in Denmark and the attacks against a migrant boat off the coast of the Pedusas Islands. Clues lead to anarcho-fundamentalists or eco-fascists with satanic influences. “The worst thing is that if the terrorists’ aim is to destroy the world, to destroy the modern world, then we can’t agree with them,” Paul says. Destruction.

No other contemporary writer has been able to capture the “pulse of the times” in fiction. Nihilist, romantic and provocative qualifications or accusations surround the core issue of being loved and hated, depending on who utters it., in a literary “crack” that does not admit of half-measures. Houellebecq deconstructs the contradictions of progressivism by putting his finger on the sore spot of environmentalism, which seems to collide with unrestrained consumption. Poison darts are directed at human behavior as always. “He wanted to say that the Internet is only good for two things: downloading porn and safely insulting others; in fact, only a minority of particularly hateful and vile people expressed themselves on the network”, slides this narrator, who exposed the author of novels to many topics of fanaticism. Expansion of the battlefield (1994), Basic particles (1998), Lanzarote (2000), platform (2001), The possibility of an island (2005), Map and territory (2010) –for which he won the Prix Goncourt, the highest award in French literature–; And the most recent dedication (2015) Y Serotonin (2019)

central theme Destruction It is sickness, old age and death. The writer questions the disdain for the elderly. “I am very aware that our society has an aging problem; And warning that this is a serious problem that leads to self-destruction, he then adds: “The real reason for euthanasia is that we can no longer bear them (elderly). We want to know that they exist, and that is why we put them in special places out of the sight of other human beings. Today almost all people are a person. They believe that his value decreases with age; the life of a young person, even more the life of a child, is worth more than that of an old man. An “anthropological aberration” is mentioned in the novel, which is linked to nihilism. The devaluing of the real in favor of situated virtuality is a more decisive symptom of European nihilism than anything Nietzsche found.”

Paul Risen’s sister, Cécile, is a Catholic and a supporter of the far right. Interest in Christianity was already there dedication And inside Serotonin. “I am not a Christian; I have a tendency to think that this tendency to resign and accept the present world, however intolerable it may be, while waiting for a savior and an imagined future, began with Christianity; The original sin of Christianity, in my opinion, is faith.Proposes one of the roles of Destruction. But the Christian “voice” is perhaps diluted by a serious skepticism. “He always saw the world as a place he shouldn’t be, but was in no rush to leave because he knew nothing else.” While Paul is sick with cancer, Houellebecq’s phrases are sharpened: “Moments happen or not, they change people’s lives, sometimes they destroy them, what can we say? What can we do? Absolutely nothing.”

Paul wasn’t the only one on the final journey; Vivegam, his wife, accompanies him. “Death would come soon, there was no doubt about it, but he had the feeling that beyond a certain limit, he still could not get close to her. It was as if he was constantly walking on the edge of a cliff, and from time to time he lost his balance,” the narrator describes. Care and their shared life. There is an open door to the experience of love from the perspective of the “wonderful lies” they need to change. In the final acknowledgment of the book, which is connected to medical science, he mentions various experts and doctors, and in the last paragraph he slips in a kind of “announcement” that some people say goodbye to writing. , French writers should not hesitate to do more research; many love their craft and want to explain it to ordinary people. Incidentally, I have come to a positive conclusion: it is time for me to stop”, concludes Houellebecq.