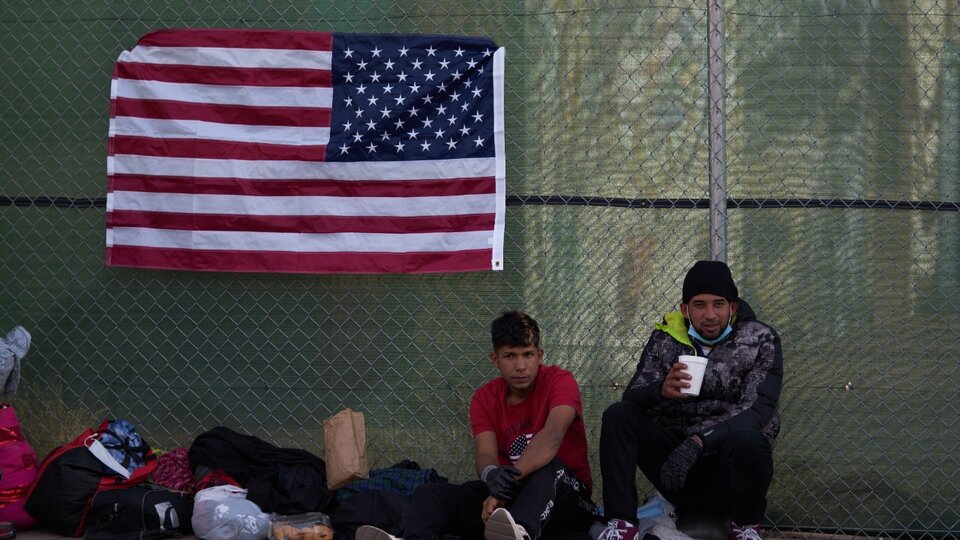 President of Mexico Andrés Manuel López ObradorDescribed as this Tuesday “Inhumane” Sent by the Texas government on Christmas Eve Three groups with immigrants to do Official residence Vice President of the United States, Kamala Harris. in the middle of a Massive influx of immigrants For the US region, López Obrador vowed to intensify his opposition Joe Biden In coordinating a comprehensive migration plan during the North American Leaders’ Summit in Mexico next January.

“This is a very inhumane approach, because we are talking about a time of low temperatures Because of their hatred of immigrants, their racism and their political interests, they dare to exploit the pain, the need of the people.“López Obrador said during his morning press conference from the National Palace.”How in the middle of the night, with the cold, are they going to leave the emigrants? I celebrate what the associations are doing because they are already aware of this kind of inferiority complex of these conservative and corrupt politicians,” the President added.

On the night of December 24, close to Christmas, three groups Immigrants chartered by the Republican government of Texas They arrived in Washington, in front of the official residence of one of them, the Vice President of the United States, Kamala Harris. The governor of Texas, Greg Abbott, has sent dozens of busloads of migrants to Democratic-controlled states since April in a protest against Biden’s immigration policy. A gesture widely criticized by human rights organizations.

This Tuesday López Obrador also criticized the action, especially because of the weather in the United States where he lived Coldest Christmas in 40 years. “This man goes to the temple or reads the Bible, but in reality he is very inhuman and very anti-Christian because this is not done,” the president told the Texas governor.

People disembarking from the buses after a 36-hour journey were quickly attended by community organizations that have been helping these displaced people for months with clothing, food and shelter. Some arrived in Washington wearing only T-shirts in the middle of a winter storm.

“Governor Abbott abandoned children on the side of the road in sub-zero temperatures on Christmas Eve without coordinating with any federal or local authorities,” he said. Abdullah HassanA White House spokesman described the decision “A cruel, dangerous and shameful trick”.

In another part of his conference this Tuesday, López Obrador said that next January, during a tripartite summit where Biden will go to Mexico, he will have the opportunity to review the plan to implement programs in Central American countries to face the displacement affecting the north. continent.. “We propose that there should be a support program for countries in extreme poverty so that people are not forced to migrate.”pointed out about it.

The left-wing leader also mentioned that the social programs implemented in Central American countries such as Sembrando Vida and the employment program called Youth Building the Future are yielding good results. “We have insisted a lot on addressing the causes of migration, which is not provided by choice but by necessity. However, Governments are not very keen on this“More work is needed to provide options so that people are not forced to migrate,” he warned.

“Our plan is a plan to promote the whole of Latin America and the Caribbean, something that hasn’t been done since the time of President Kennedy,” Lopez Obrador said, adding that both President Biden and Vice President Harris are “in a plan. A good plan.” One example is reducing immigration from that country.

last week, Several states in the United States, governed by conservatives, including Texas, managed in court to postpone the repeal of Title 42.A federal health policy that allows immediate deportation of people who cross the border irregularly without claiming asylum.

See also  Crime in Paraguay: They found the body of a former drug prosecutor with two bullets in the head

This regulation is enforced by the administration Donald Trump (2017-2021) and used by the Biden administration had to be stopped by a court order on December 22, but the Supreme Court blocked the decision. Respondent Attorney General for the State Elizabeth Briloger wrote that Lawyers for the states that have taken the case to the Supreme Court “claim no interest in public health or preventing the spread of Covid-19.”.

Instead, Preloger continues, “they frankly admit they want to use Title 42 orders as a temporary immigration control measure.” The attorney general emphasized that the government acknowledges that ending Title 42 “will lead to a temporary increase in insecurity and illegal immigration.”

But Preloger also cautioned, “The solution to the immigration problem cannot be extended indefinitely, a health measure that everyone now recognizes outweighs its public health justification.” In short, the Administrator believes that regulations created based on an opinion of the Centers for Disease Control and Prevention (CDC) that are not in effect cannot be upheld. Congress.

Preloger noted that the government’s intention is to continue implementing the removal system under Title 8, which allows immigrants to seek asylum at ports of entry and empowers the administration to deport and fine those who do not meet the requirements. considered unacceptable.

Thousands of people have crossed the border into Mexico in recent days, many of them concentrated in El Paso, Texas., where they had to sleep outside despite freezing temperatures. Approximately 22,000 migrants are awaiting a decision to allow them to cross without running the risk of immediate deportation.

Given the chance to stay in Mexico indefinitely, they face threats of extortion and cartels, and many migrants decide to cross the border undetected by border officials.

Since it came into effect in 2020, Title 42 has authorized nearly 2.5 million removals at the border, according to data from the International Rescue Committee. On the other hand, unfortunately, they could not find a way. The influx of immigrants to the border city of El Paso creates a climate of discrimination. Shelters that do not accept people who entered the United States illegally.

In recent weeks, The Texas National Guard has installed more than two miles of fencing in El Paso. However, fencing does not appear to be an efficient strategy for controlling migration. The Border Patrol registers an average of 1,500 arrests per dayNot counting the hundreds who sneak in unnoticed by the security forces.