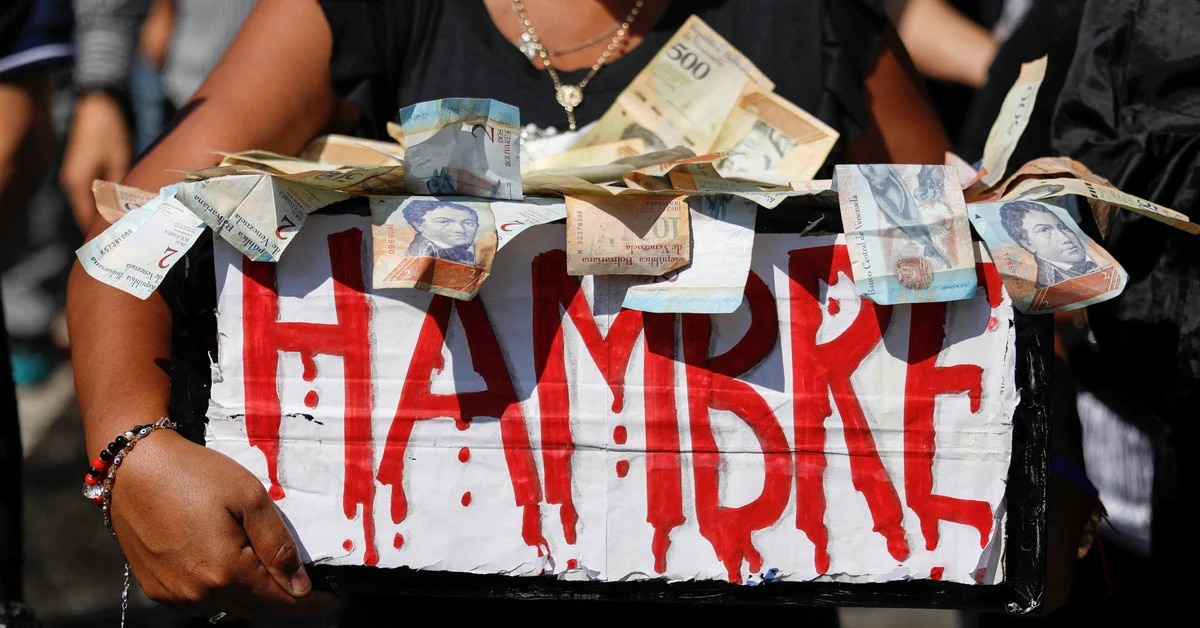 The government has not revised the salaries of public sector workers, including academics, since March, at a time when annual inflation is expected to hit 305% by 2022 (REUTERS/Leonardo Fernandez Viloria)

The government has not revised the salaries of public sector employees including academics since March 2022 Annual Inflation would have been 305%According to the estimates of a non-governmental group of economists who calculate indicators in the absence of official data.

The delay in increases is due to the official strategy of cutting public spending to control inflation. This move leads the central bank to deposit foreign currency in local banks by anchoring the credit limit and exchange rate.

There is a minimum monthly salary for a teacher 10 dollars A university professor’s salary is 60 to 80 dollars per month.

“Our salaries are meager. won 460 bolivars per month (About 23 dollars). From March (2022), this is the last increase and devaluation,” said 50-year-old teacher Odalis Aguilar, during a march called by education unions, in the city of Marrakesh, 120 kilometers southwest of Caracas.

Added that He wants a salary of 300 dollars per month.“We want a decent salary.” 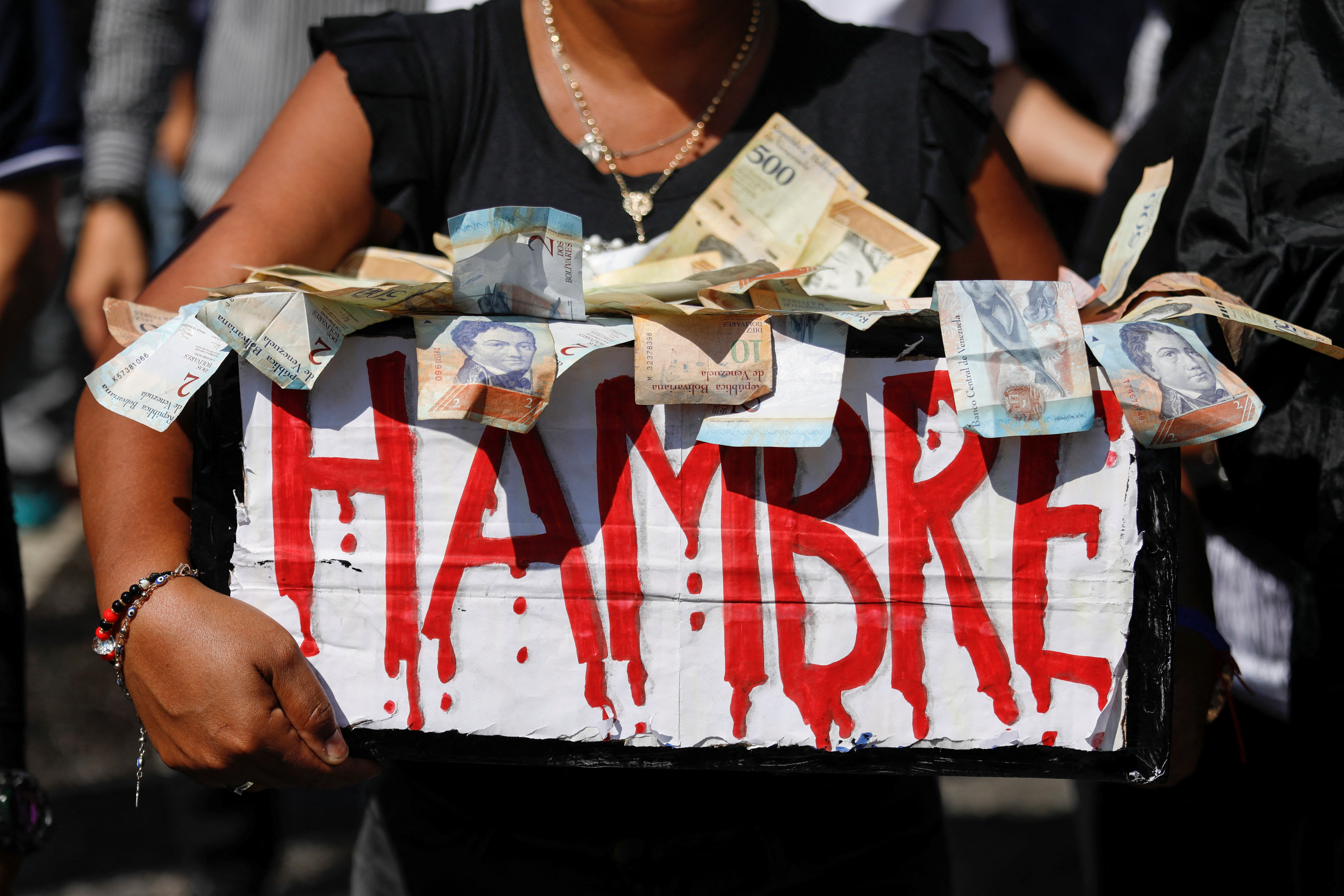 In the central state of Karabopo, teachers and civil servants also protested.

“The food contains carbohydrates, no protein, few vegetables, which is very dangerous (…) Our medicine is based on tea and guarapos because there is not enough money to buy even acetaminophen,” said a professor Reyna Sequeira. Karabobo University’s Department of Mathematics and Physics earns about $40 a month.

In San Cristóbal, the capital of the border state of Tachira, dozens of teachers marched with banners along major avenues. Starvation wages. Employees of Public Health Organization also participated.

According to witnesses from the news agency, police trucks cordoned off the area around the protesters. Reuters.

That weekend bonus “does not reach 30 dollars (…) Maduro lives with it? Snacks for people“, said Gladys Chacón, president of the College of Graduates in Education in Táchira, who said that the bonus was only a “contillo” or to control academic resistance. 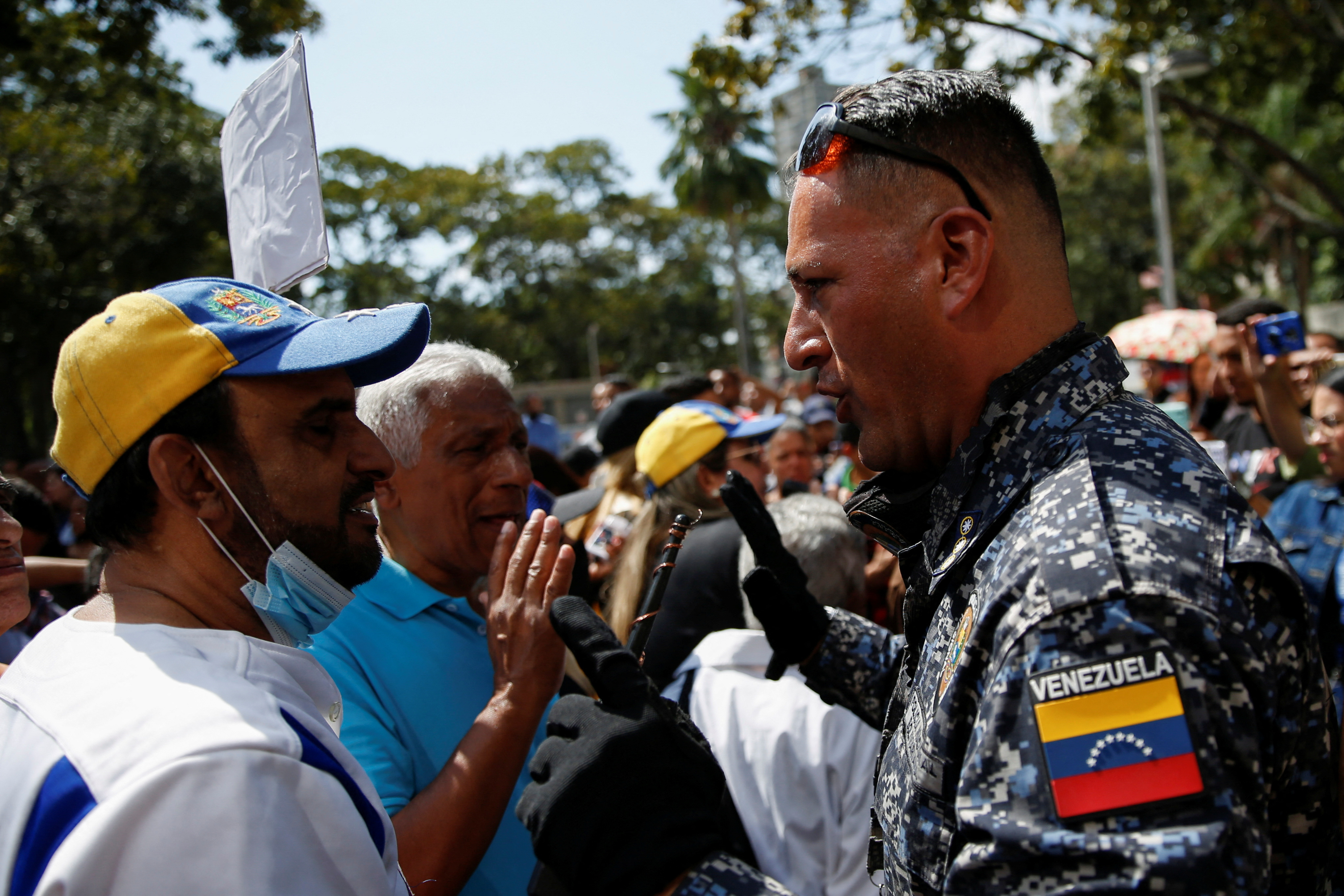 Workers in Venezuela’s public sector are organizing The largest anti-government protest in recent yearsBecause they are lagging behind in an economy that embraces the US dollar.

Hundreds of teachers marched through downtown Caracas on Monday Nurses, retirees and other workers, Demanding higher wages to compensate for the rapid depreciation of the local currency.

The workers organized the minimum 50 demonstrations on Monday and more than 150 across the country in the past week, according to preliminary estimates from the Venezuela Social Conflict Observatory, which monitors social unrest in the country.

By allowing free movement of the dollar, the regime helped recover from the 2013-2020 economic crisis, one of the deepest recessions in world history. But while many private sector workers are now paid in dollars and enjoy a higher standard of living, public sector workers paid in inflation-stricken bolivars are left behind.

Demonstrators at Monday’s demonstration They destroyed and trampled the Bolivarians When they chant that they need a living wage to stay in their country. More than seven million Venezuelans have fled the country in recent years.

Maduro may be reluctant to order a violent crackdown similar to what he has seen in the past. More than that awaits release USD 3,000 million has been frozen Another wave of US sanctions and bloodshed could see Washington block access to finance.

“The academics are protesting (…) the start of the discussion of the collective agreement, because they cannot pay a bonus of 580 bolivars (29.8 dollars) to try to suspend this demonstration. We don’t want bonus, we want salary (…) enough to meet food needs,” he told the news agency EFE President of the Caracas Teachers Union, Edgar Machado. 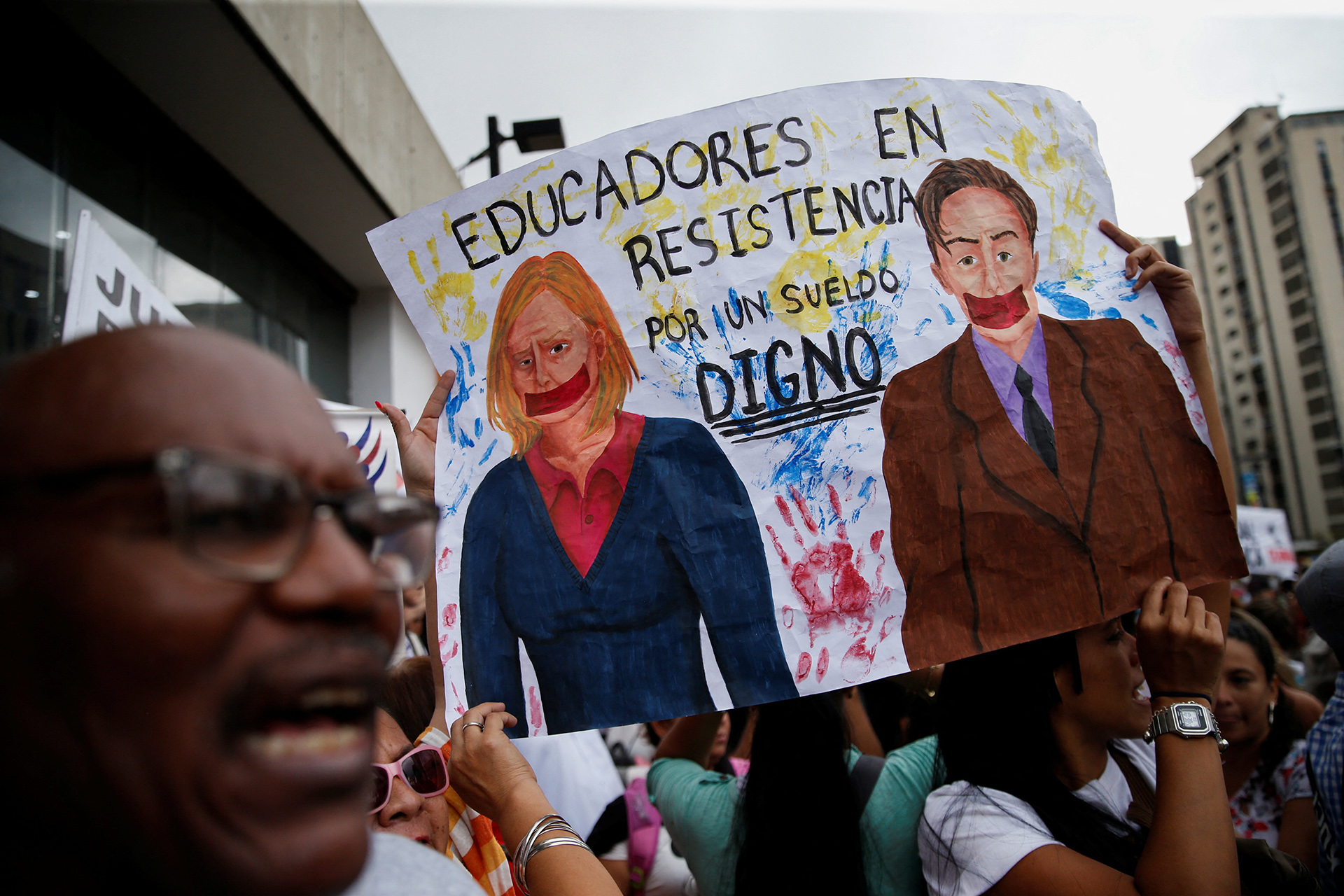 The president of the Caracas College of Nursing, Ana Rosario Contreras, told EFE that salaries and pensions, equivalent to about 7 dollars, should remain at the same level as the price of a basic food basket, which cost 371 dollars in December. (REUTERS/Leonardo Fernandez Viloria)

According to information shared on social media by trade union organizations, the protest was echoed in several cities in at least 17 of the country’s 13 states.

President of the Caracas College of Nursing, Ana Rosario Contreras I said EFE According to data from the Venezuelan Financial Observatory (OVF), salaries and pensions, equivalent to about 7 dollars, should remain at the same level as the price of the basic food basket, which stood at 371 dollars in December.

“We are going to continue with a united struggle agenda with organization, trade union and mobilization of general workers, because we firmly believe that if we create a social structure of struggle beyond divisions and fractures, workers will achieve the goal. ,” he added. .

The goal, he continued, is to “Quality of Life”, Because currently nursing workers “can’t even pay for their work (public transportation).”

On Saturday, Venezuelan teachers affiliated with Chavismo marched in Caracas to show their support for the government, while asking for alternatives to “recover” purchasing power “in the midst of an economic war.”

(With information from EFE, Reuters and Bloomberg)

An independent study revealed that Venezuela closed in 2022 with inflation of 305.7%.
After ousting Guaidó, Venezuela’s opposition hopes to gain international support
The United States reaffirmed its commitment to Juan Guaido and other opposition leaders in Venezuela
Thousands of civil servants and retirees protested in Caracas demanding higher salaries and pensions.