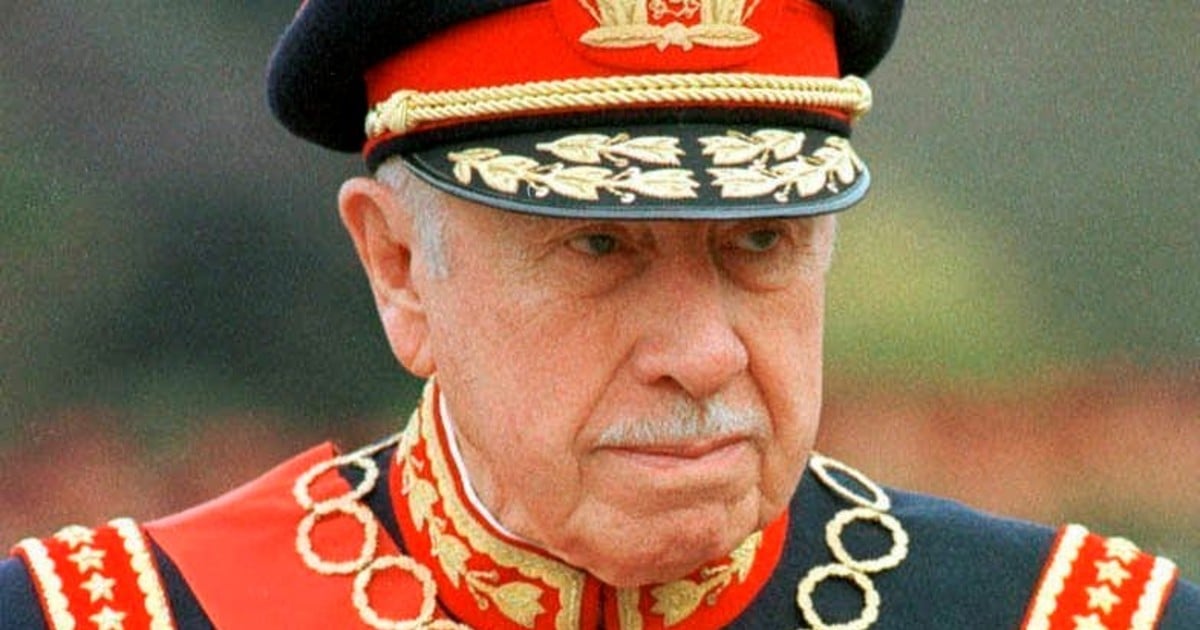 Rule of Augusto Pinochet At least 1,700 children have been sent to Sweden for illegal adoption, according to a study by Chilean researcher Karen Alfaro. The Swedish newspaper published this information this week Today’s news And caused a stir in both countries.

As the Swedish newspaper reported this Wednesday, the leaders of the Pinochet dictatorship agreed Thousands of children are abducted and sent to Scandinavia Abandoned for adoption to improve relations between Chile and the European country. There was contact in Sweden Association of far-right politicians.

The Swedish government has responded. Its Minister for Social Affairs, Social Democrat Lena Hollengren, Swedish authorities have announced that they will begin an investigation Finally document “Abuses” in adoptions International from Chile.

The adoptions, which began in Chile, were made with the help of an organization called the “Sweden-Chile Society”, a prominent far-right politician led by Ulf Hamascher, who wanted his country to have better relations with the Pinochet regime. .

Karen Alfaro’s research suggests that this “Sweden-Chile partnership” has worked for many years. Today’s news, The organization responsible for managing international adoptions, as a link between the Chilean dictatorship and the Swedish Adoption Center.

Josephina Santoval gave birth in 1980 in Santiago de Chile. But he never saw it. In 2018, he discovered that he had been adopted. Photo: AFP

“Sociedad Sweden-Chile” is an organization, explains Alfaro of right-wing extremists and its director was a member of the National Union. A Swedish fascist party.

The Swedish newspaper states that “the military junta in Chile used international adoption for Sweden in the campaign for political influence.”

The fall of the first government of the then assassinated Social Democratic Prime Minister Olof Palm Led to a conservative government from Chile where the chances of improving diplomatic relations were considered high.

It was also thought that this ideal relationship would be facilitated by the adoption of children who were somehow abducted from Chilean families.

Karen Alfaro’s investigation confirms that the Swedish ambassador to Stockholm and the fascist organization that calls itself the “Swedish-Chilean Society” made an arrangement. Communication campaign to improve the image of the Chilean dictatorship In Sweden, give the air of “humanity” by actually looking for a better future for children who are said to have been abandoned when they were robbed.

Educational essay by Alfaro and Morales, ‘Chilean boys and girls adopted by Swedish families. Diplomatic intimacy during the Cold War (1973-1990) The adoption of poor Chilean boys and girls into Sweden was regarded by the military dictatorship as a mechanism for diplomatic and political intimacy as it allowed them to establish contacts with institutions. And sections of the far right ”.

It allowed the formation of political alliances to prevent the so-called ‘anti-Chile campaign’ led by the Chilean community, which mainly condemned the human rights abuses committed by the military dictatorship.

The first complaints about these illegal adoptions came in 2004 due to the work of journalist Ana Maria Olivers. The trial is set to begin in 2018 in Chile, led by Judge Mario Carosa. Irregular adoption Chilean children during the Pinochet dictatorship.

In the early 70s, when Palme was in power, Sweden lived for a few years, and its government blamed internationally against various fascist dictatorships such as Franco’s Chile or Spanish.

In response to Palmin’s policy, the ‘Swedish-Chilean Society’ was born, which, according to Alfaro, “collaborated with the military regime by providing information on political propaganda and the actions of Chilean deportees.”

Alfaro’s research does not give an exact figure on how many Chilean children were adopted randomly in Sweden, but explains that “many cases of forced adoption of poor children” are “made out of civilian use”. Military power, child care and the judiciary regulated single mothers and families caring for their sons or daughters.

Sweden announced on Friday that it was investigating these international adoptions And all carried out since 1950, more than 60,000.

In addition to Chile, there were reports of thousands Chinese children They were given for adoption to Swedish families on an irregular basis. Illegals in international adoptions in Sweden will continue after 2010.