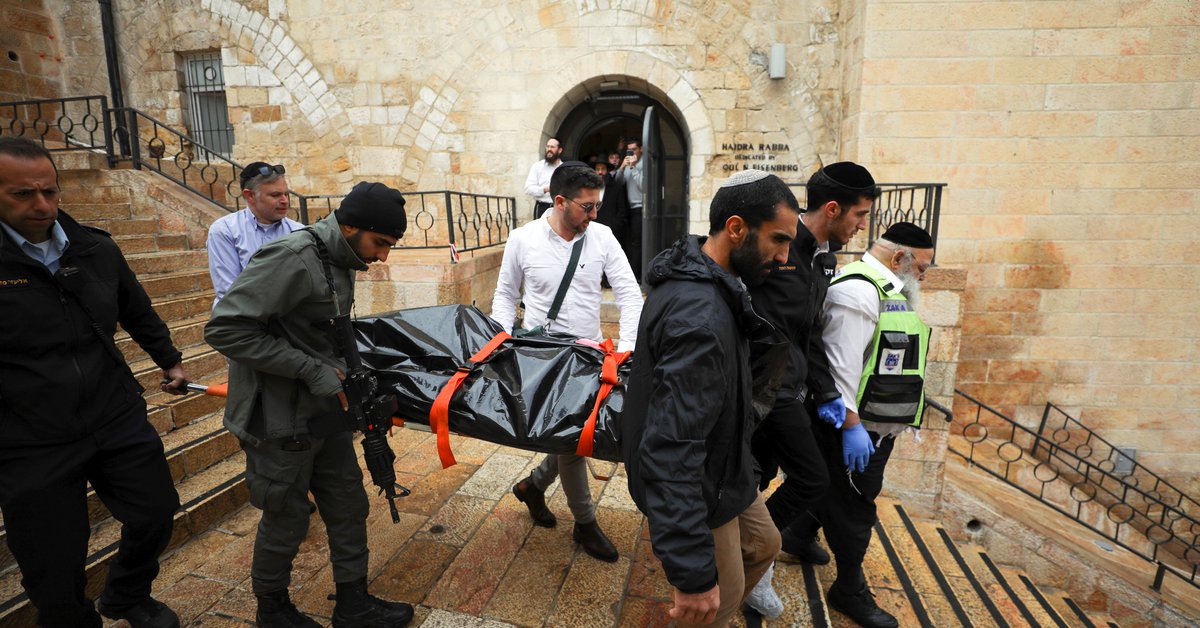 An Israeli citizen and a Palestinian militant who attacked him were killed in a gun attack this Sunday. Jerusalem is the old city, A second such incident within a week was confirmed Efe Emergency services.

Israeli officials said The attacker was a Palestinian in his forties, a resident of East Jerusalem and a member of the Islamic movement Hamas.; And one of the five Israelis wounded in the attack, two died of serious and three minor, injuries.

The attack was celebrated by Hamas and Islamic Jihad extremist groups. “This holy city will continue to fight until foreign invaders are expelled and will not submit to the hateful reality of occupation,” Hasem Qasim, a Hamas spokesman, said.

One of the attacked Israelis, a 26-year-old citizen, was hospitalized in critical condition at the Shere Zedek Center and despite being confirmed in a surgical intervention, his health is deteriorating, he confirmed. Efe Spokesman for the Center. For the remaining three, two of them police officers, United Hatsala and son-in-law David Amon were treated by emergency services.

“Recently, there was a shooting in the old city of Jerusalem. The terrorist was shot and the injured are currently receiving medical treatment. Police forces were called to the area, ”a police spokesman said in the early hours of the morning.

Police patrol the area after the attack (Reuters)

The police, who first spoke on the second suspicion, later dismissed it.

Public Security Minister Omar Bar Lev later told Channel 12 The bomber struck shortly after noon in front of a gathering of Hamas members and his wife, who fled the country three days ago, he said.

The European Union’s ambassador to Israel, Dimiter Tzantchev, said in a statement that he was “sympathetic to the victims of the cowardly attack on the Old City of Jerusalem” and “condemned this vicious attack on civilians. Violence is never the answer.”

about this A second incident occurred within a week Within the Occupied East Jerusalem Wall, it was one of the hottest points of conflict between the Palestinians and the Israelis.

Last Wednesday, a 16-year-old Palestinian man from the East Jerusalem neighborhood was stabbed by two Israeli agents, who were killed during an attack by agents and a security guard.

Police set up a large device in the old town of the city.