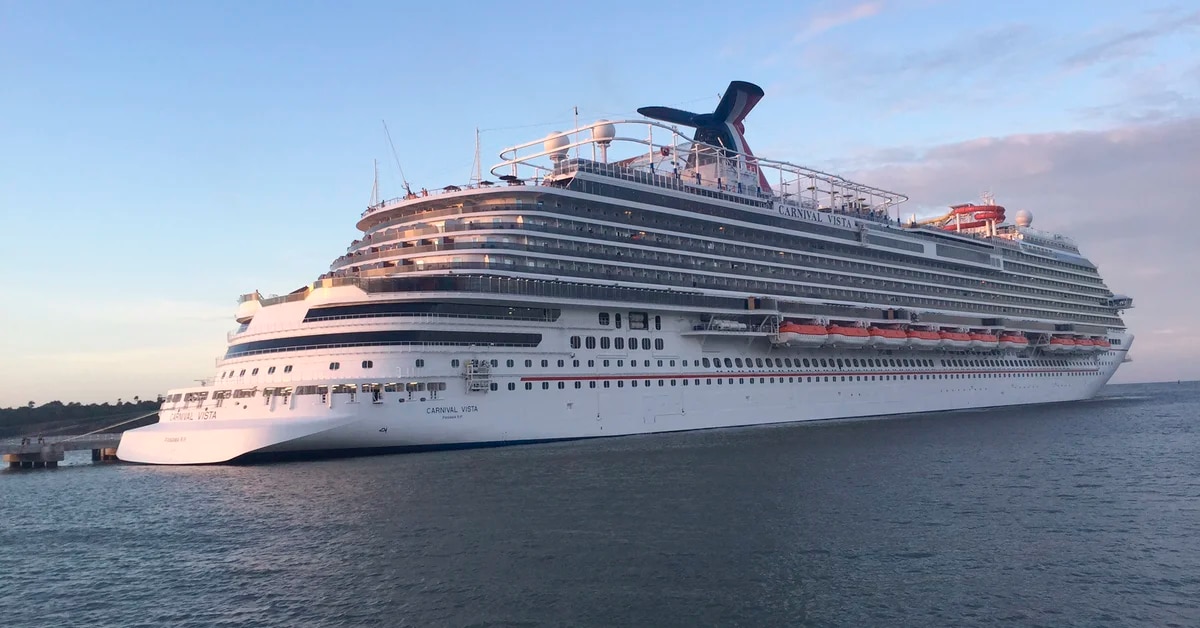 After a series of fights, Carnival Cruise Line implemented a $500 fine for troubled passengers. (EFE/Eduardo Sánchez/File)

A large cruise line implemented a policy $500 fine for rowdy passengersThe result of a violent fight inside one of their boats and other conflicts between passengers that have occurred in recent months.

It’s the Carnival company that advertises itself as “a fun vacation” and invites travelers to “come as they are,” but that doesn’t mean they can behave in any way.

Due to repeated arguments in their boats, The cruise line warns that disruptive guests may be fined $500In addition to having to cover the costs of the damage they cause, they will be forced off the ship and end their journey early.

Disruptive behavior will not be tolerated and any guest who interferes with the comfort, enjoyment, safety or welfare of other guests or crew will be detained and/or disembarked at their own expense and barred from future sailings on Carnival. The Miami-based company said in a statement.

As already mentioned, acts of violence against passengers on Carnival cruise ships have been in the news in recent months.

The last major scandal came to light when a video posted on Twitter came to light, in which you can see how About thirty people According to reports from the Cruise Law News blog, they were fighting between Carnival Sunrise’s pool and one of its many bars.

Another video that went viral on the same social network shows the moments before the fight, when a group of women start arguing fiercely with each other.

A few minutes before the fight, a group of women start arguing fiercely

For this event in September, A fight broke out over Carnival Elation in JulyFlorida Times Union Report; Another big clash started in June at the Carnival Magic nightclub The Coast Guard had to tow the ship back to New York City.

“Cruise ships, like every area of ​​travel and tourism, including airlines, theme parks, sporting events and camping facilities, are experiencing increasingly hectic behavior from fewer guests,” a company spokesperson said.

“Our commitment to the health and safety of all our guests and crew members is demonstrated by implementing a number of measures to ensure our ships are a welcoming and familiar place,” added the Carnival representative.

As reported by CBS News, Airlines and flight attendants are very busy to deal with increasing passenger misbehavior.. According to the outlet, there have been 2,011 passenger disturbance reports so far this year, with 721 investigations launched, according to data from the US Federal Aviation Administration.

Sarah Nelson-CWA, president of the Flight Attendants Association, called it “the most difficult time in aviation history to do our jobs” earlier this week.

How A YouTuber Sensation From The United States Makes $8 Million A Month And Doesn’t Worry About His Financial Future
Which European country offers young Argentines opportunities to study and work?
The IMF this afternoon approved a new review of its deal with Argentina and will disburse about US$3.9 billion next week.