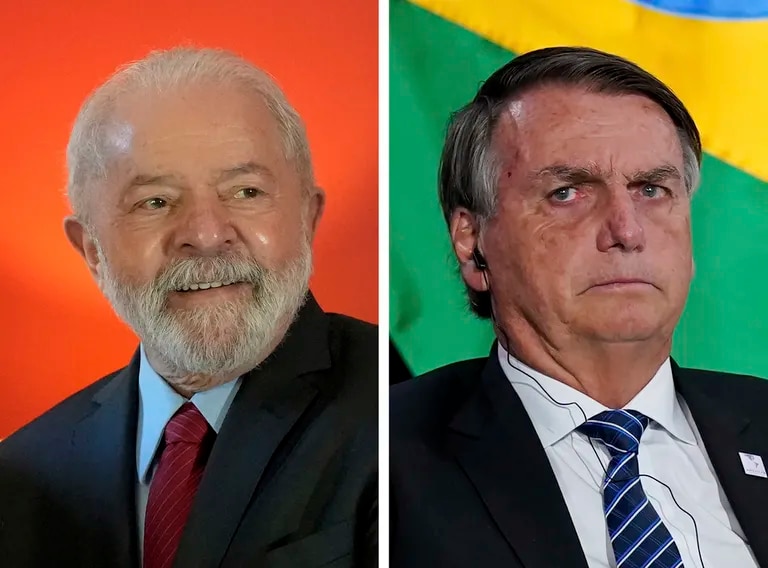 President of Brazil Jair BolsonaroAnd the left-wing ex-president Lula da Silva changed The last presidential debate is in the ring on SundayOn a specified night Charges against candidates and some propositions.

Allegations of corruption between the two marked the hottest moment of the night at the Globo TV studios. Two top position candidates in the poll They seized the opening of the debate at the intersection with three requests for the right of reply.

“The [por Bolsonaro] Want to mention a criminal group with me? You need to look in the mirror at what is happening in your regime”, Lula said, describing the charges against him as “insane”.

The former president, who practiced for two days before the debate, was more adept at responding to allegations of corruption than in the first debate.

Immediately, Bolsonaro raised the tone further against Lula, demanding a right of reply.

“Liar, ex-con, traitor (…) Stop lying, Lula. There is nothing in my government,” replied the President.

After the attacks, Lula demanded a new right of reply granted by Globo’s production.

“On the 2nd of October, The city is going to send you home. I’m going to create a decree to find out what this man has been trying to hide for 100 years,” the former leader of the Workers’ Party (PT) prodded, prompting Bolsonaro’s shouts from the microphone.

Crosses between Lula and Bolsonaro took all the limelight in a debate in which EHis remaining five presidential candidates were overshadowed.

Bolsonaro recalled in another right to respond Lula was convicted of corruption in three separate cases by the judiciaryAnd he claimed that he regained his political rights because he had a “little friend” in the Federal Supreme Court.

The president had as an ally the evangelical Father Gelmon, the presidential candidate of the Brazilian Workers’ Party, who accused Lula of wanting to persecute Christians like the president of Nicaragua. Daniel Ortegawhom Described as a “friend” of the Left.

Later, given the opportunity to ask Lula to change hands, Bolsonaro avoided a direct confrontation and chose Liberal, the candidate of the Novo party. Luis Felipe D’AvilaWith whom he struck a friendly tone and they ended it A return to power by the Left would be a “catastrophe”..

Lula, who led Brazil between 2003 and 2010, caused a skid on the night when he lost his cool and had a heated argument with Gelman, who asked him for an explanation about associates involved in corruption cases. A breather to resume the discussion.

Between the fights and the leading role of Lula and Bolsonaro, The rest of the presidential candidates were blurred out.

Center left Cyrus GomezThird in the poll, PT was chosen as the favorite target and Electing Lula would “go into the past,” he said.While the senator Simon Debbett Bolsonaro accused him of allowing the highest level of deforestation in the Amazon in 15 years.

Due to the proximity of the first round and Globo’s audience, the earlier debate was seen as decisive by Lula’s and Bolsonaro’s campaigns, seen as the last-best event to influence voters.

Lula sought to capture “effective” votes, hoping to close the election in the first round.. For its part, Bolsonaro appeals to wear PT candidate Attempt to increase their rejection and Force the second round For October 30.

Lula needs to get more than half of the valid votes -discounted and empty votes-, the number he will reach today Within the margin of error, step data sheet.