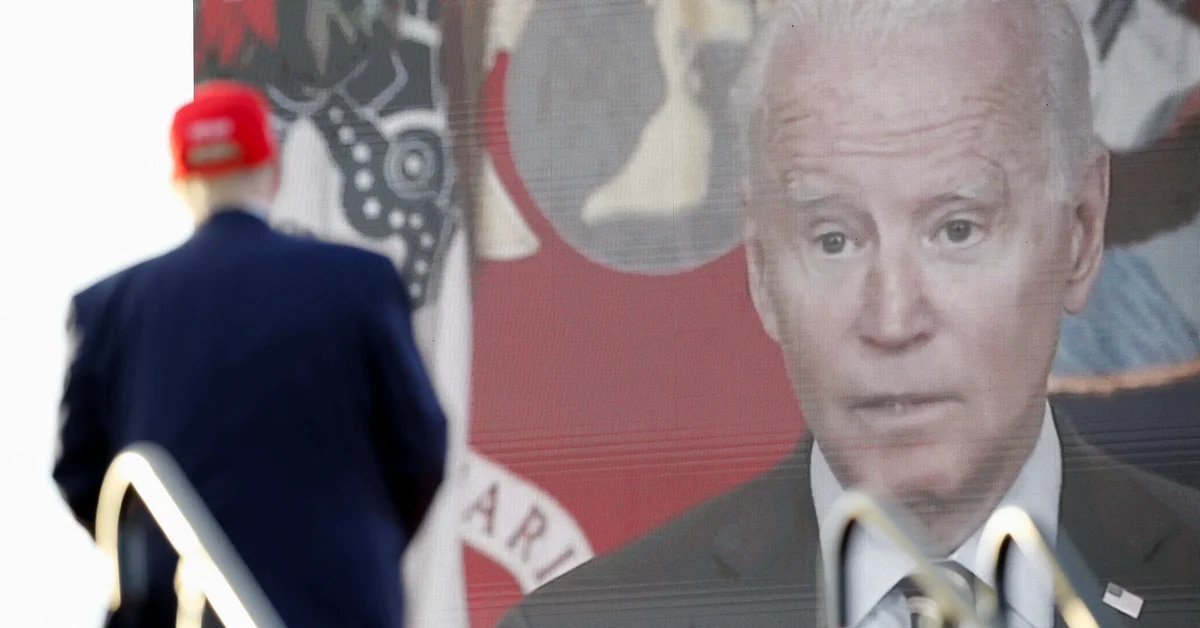 President Biden presided over the event in Maryland. (REUTERS/Leah Millis)

An election year that unfolded against a backdrop of economic turmoil, the repeal of federal rights to abortion and widespread concerns about the future of democracy comes to a close with the last full day of campaigning. Leaders of both parties will make an urgent appeal to their supporters.

President Joe Biden He held a rally Monday night in Maryland, where Democrats have one of their best chances to win back the governorship from Republicans. The appearance fits with Biden’s final campaign strategy of sticking heavily to Democratic Party strongholds rather than venturing into more competitive terrain where control of Congress will ultimately be decided.

His predecessor, Donald Trump held his last campaign rally in Ohio. The state is of special importance to the former president as he prepares another White House bid because it is one of the first places where he can demonstrate his staying power with Republican voters. Trump’s endorsement of JD Vance was key in helping the author and venture capitalist — and former Trump critic — secure the GOP nomination for the Senate seat.

Trump has promised “a big announcement” next November 15, suggesting it is “very, very, probably” that he will try to renew his mandate in 2024.

It was initially speculated that he would make the move this Monday, but at the end of the campaign, he decided to maintain suspense for one more week.

With more than 41 million votes already cast, Monday’s focus will be on making sure supporters meet the early voting deadline or make plans to show up in person on Tuesday. The results will have a powerful impact on the final two years of Biden’s presidency, shaping policy on everything from government spending. Military support for Ukraine. 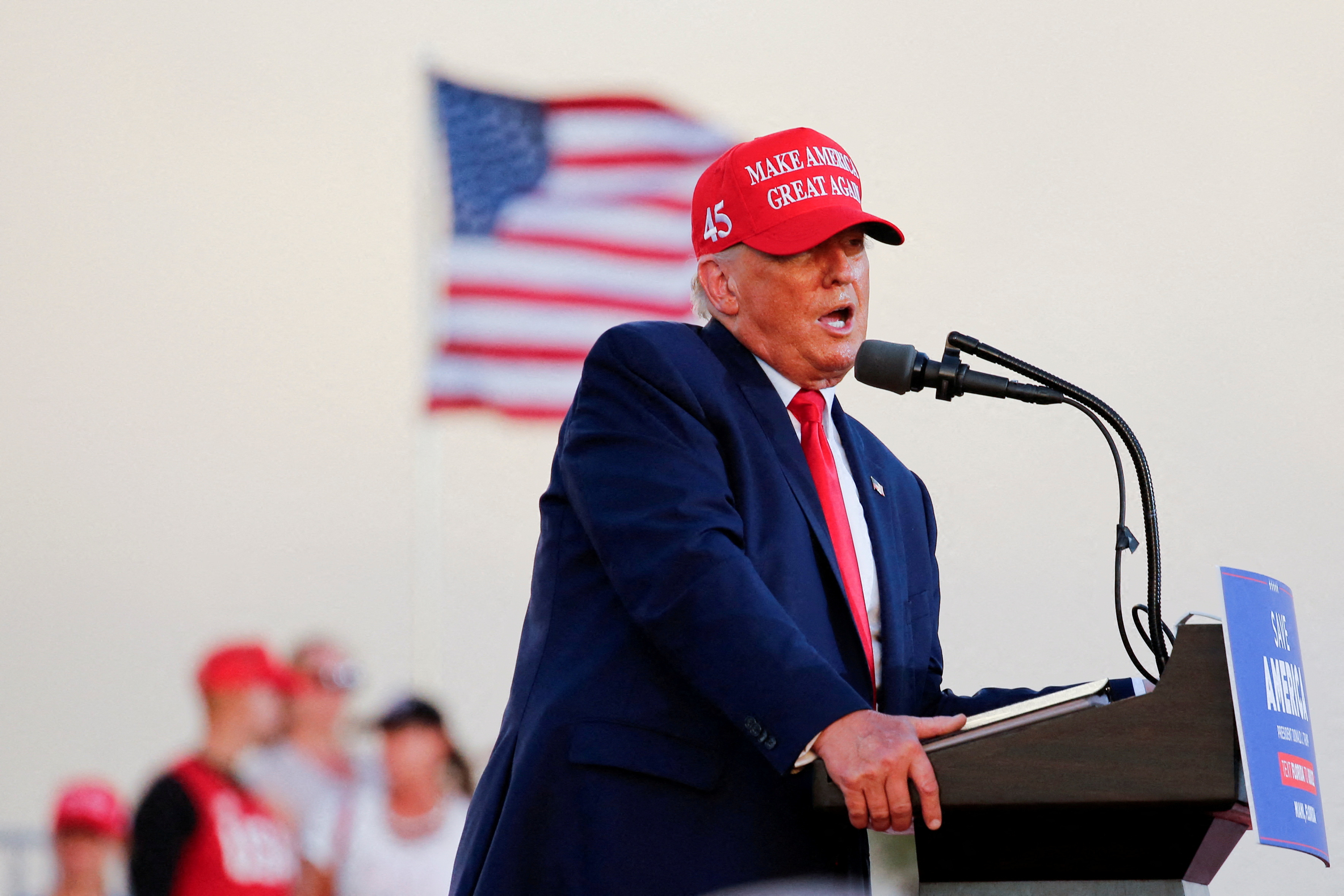 In the first national election since a violent uprising on January 6, the final days of the campaign focused on fundamental questions about the country’s political values.

See also  Qatar 2022 World Cup: They saved for two years to travel, but what they raised wasn't enough "even for tickets"

Campaigning for Governor Cathy Hochul in New York on Sunday, Biden said Republicans are willing to forgive last year’s attack on Capitol Hill And after a recent attack on House Speaker Nancy Pelosi’s husband, Paul Pelosi, some in the party were “playing it down” or “making excuses.”

“There has never been a time in my life when we glorified violence based on political will,” the president said.

Meanwhile, at a Trump rally Sunday night in Miami, a note Nancy Pelosi “Lock her up!” , a stark reminder of the nation’s deep divisions.

Trump campaigned for re-election as a Florida senator Yellow frameBut he was also focused on his own political future.

Florida’s Republican governor did not attend the Miami event. Ron DeSantisSeeking re-election against Democrat Charlie Crist, she is widely seen as Trump’s most formidable challenger if he seeks the Republican White House nomination.

DeSantis held separate events of his own Sunday in other parts of the state, where he stuck to the centerpieces of his re-election campaign, including fighting against Covid-19 vaccine mandates. The governor’s counter-political performances have avoided antagonizing Trump, thus missing out on a possible future showdown between him and Trump in 2024. 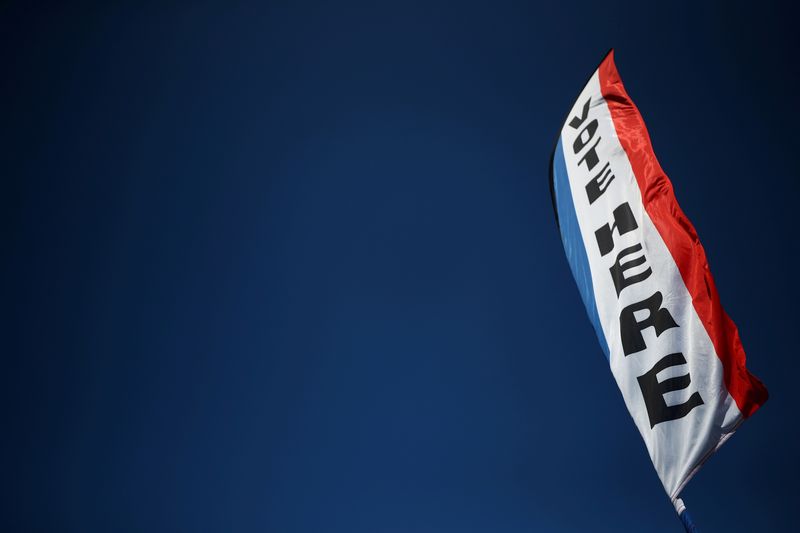 File photo. A ‘Vote Here’ sign outside a polling station on the day of the 2020 US presidential election in Arlington, Virginia, USA. November 3, 2020. REUTERS/Hannah McKay

Florida “will re-elect Ron DeSantis as its governor,” Trump said Sunday. But during a rally in Pennsylvania on Saturday, he was more belligerent, referring to the Florida governor as “Ron DeSanctimonious.”

Even though Trump is arguably the party’s most popular leader, it’s been a race for more than a year as DeSantis has taken increasingly bold steps to raise his national profile and build a deep fundraising network.

Meanwhile, For national Democrats, the focus is on tight control of the House and SenateMay evaporate after Tuesday.

Voters may condemn the party that controls the White House and Congress amid rising inflation, crime and pessimism about the country’s direction. History suggests that the ruling party will suffer significant losses in by-elections.

Biden has argued that the nation’s democracy is on the ballot, and the first lady traveled to Texas on Sunday to sound a similar warning.

“There’s a lot at stake in this election,” he said. Jill Biden In Houston. “We must raise our voices to defend justice and democracy.” 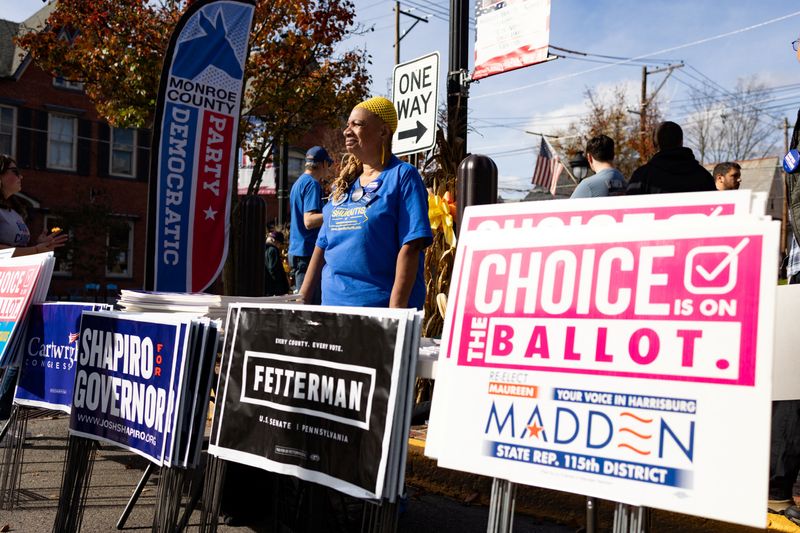 Vice President Kamala Harris, who traveled to Chicago, said: These attacks on our democracy directly affect not only our countrymen, but the entire world.

Trump has long falsely claimed that he lost the 2020 election because Democrats cheated, and has even begun raising the possibility of voter fraud this year. Central intelligence agencies are warning of the possibility of political violence by far-right extremists.

Rona McDaniel, chairwoman of the Republican National Committee, called Democrats “inflation deniers,” an anti-democratic label opponents are trying to avoid as Trump loses them for rejecting free and fair 2020 presidential election results for his party.

Without being candidates, Obama and Trump are stealing the US midterm election campaign
Why Will Joe Biden Lose Control of Both Houses of Congress?
Putin wants to position himself as the leader of an anti-liberal and anti-democratic global coalition