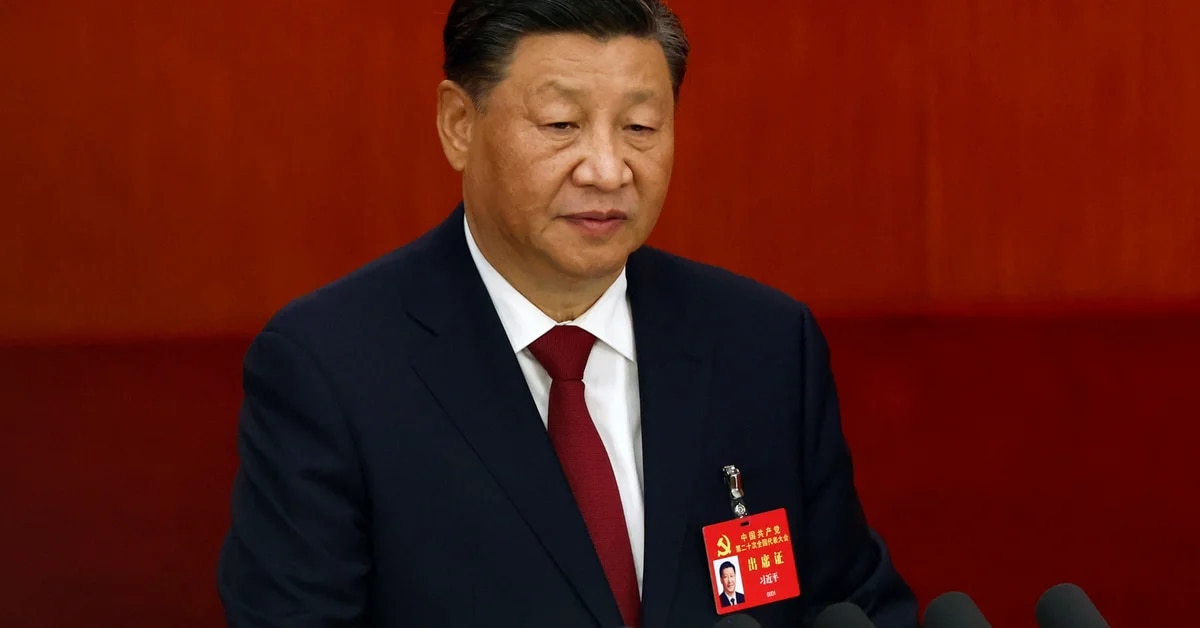 President of China Xi Jinping vowed on Sunday that his country would “never give up using force” to reunify Taiwan. He criticized the “interference” of “external forces” in the island.

“The resolution of the Taiwan issue is the issue of the Chinese people and should be resolved by the Chinese people alone. We will try to pursue the prospect of peaceful reunification with great sincerity and best efforts,” he said in his opening speech at the Communist Party Congress in Beijing.

“But we will never abandon the use of force, and we reserve the right to take all necessary measures.” warned.

Separated from Communist China since 1949, Taiwan is a self-governing, democratic island that Beijing considers part of its territory and wants to reclaim it.

“The historical wheels of national reunification and national rejuvenation are moving forward,” Xi said. “Reunification of the country must and will be achieved,” he assured.

The leader, who is due to take power for a third term in this congress, also condemned the intervention of “outside powers” in Taiwan.

“We have resolutely led the fight against separatism and intervention, and demonstrated our determination and ability to defend national sovereignty and territorial integrity and oppose Taiwan independence,” Xi said.

Chinese President Xi Jinping speaks at the opening ceremony of the 20th National Congress of the Communist Party of China at the Great Hall of the People in Beijing, China.

Xi Jinping promised this Sunday that his country was at “a critical moment”.At the opening ceremony of the Chinese Communist Party Congress, he was to be given the historic third position.

See also  Elnas Regabi, an athlete who competed without wearing a veil, was given a warm welcome at Tehran Airport.

“The 20th National Congress of the Communist Party of China is a very important conference At a crucial moment when the entire party and people of all races are embarking on a new journey We must build a modernized socialist country,” Xi told delegates gathered at the Great Hall of the People in Beijing.

In this new Congress Its secretary-general and the country’s president, Xi Jinping, are expected to further consolidate his power And to remain the unrivaled leader of the nation.

Current number two of the build, Li Keqiang inaugurated the event at the Great Hall of the People in the capital The national anthem was then played before Xi delivered a speech in which he would review what had happened in the country since the last congress held five years ago.

Xi wants to re-chair the Politburo’s Standing Committee, the pinnacle of power to control the regime, at the conference, which will be held with a shielded Beijing under strict restrictions on journalists due to tough anti-Covid measures. An unprecedented third five-year term among his predecessors.

Xi took the stage to highlight the importance of the congress.Important“For the country and the party.

Supporters of the Chinese Communist Party

“This is a noble cause and we must not forget our original mission. We must have courage and faith to advance socialism. We must be humble, prudent and work hard,” he scolded.

He said the past five years had been “extraordinary” and that the CCP had established “strategies” to deal with “changes not seen in the world for more than a century”.

Xi highlighted the country’s “technological advances” and “innovations” in various industries, saying the progress of the Chinese economy over the past decade was “historic”.

“And in response to the sudden onslaught of the Covid pandemic, We put people and their lives above all else Thanks to a solid covid zero policy. We have protected people’s health as much as possible,” the president said, despite complaints of restricting people’s freedom by forcibly locking people up and suppressing protests against these radio blocking measures.

The president also had words for Taiwan: “In response to ‘Taiwan independence’ and crude provocations from abroad, we have fought resolutely and demonstrated our ability and strength to defend our sovereignty and territorial integrity,” Xi assured. attacked the sovereignty of the island.

Regarding Hong Kong and the “turbulent developments” there in the past five years, as defined by Xi, “the central government used its authority to ensure that Hong Kong is ruled by patriots. We have restored order in Hong Kong,” he said.

The so-called “foreign assumption” featured prominently in the speech: “In the midst of drastic changes in the international arena, we have demonstrated a fighting spirit to stand strong and protect our dignity and interests. We are well positioned to continue our growth and ensure our security.”

The Chinese leader once again wants his loyalists to occupy key positions in governmentThe military and the party questioned whether he would place a potential Dauphin in the highest positions.

Congress, which comes at an awkward international moment due to the war in Ukraine and a slowing economy, will not only elect senior officials and reform the party’s structure, but

See also  For the first time in the history of Peru, the Supreme Court authorized euthanasia for a woman with an incurable disease

The delegates will establish the “ideological and political orientations” of the PCCh for the next five years.