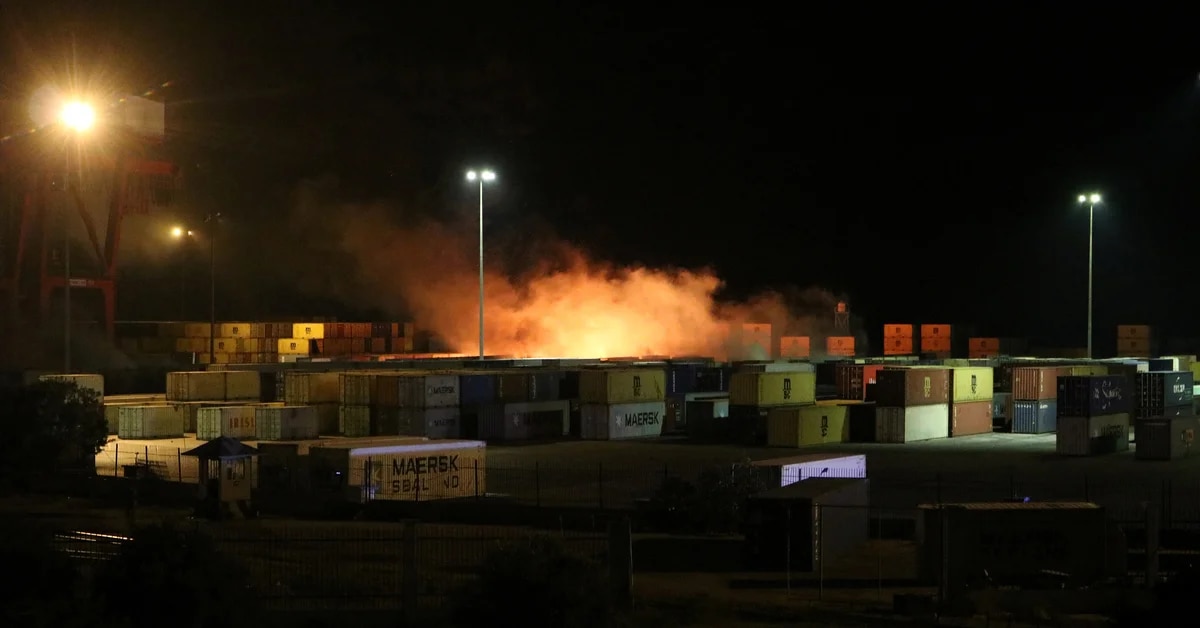 On Tuesday, Israel bombed a ship carrying Iranian weapons Stored at a container terminal in the Syrian port of Latakia (west of the country), Unprecedented action against this type of strategic facility, As pointed out by the Syrian Observatory for Human Rights (OSDH). The Israeli prime minister, without confirming the attack, pointed out Fight “day and night” against “evil forces”

Since the start of the Syrian war in 2011, Israel has carried out similar operations in Syrian territory against Iranian forces and Hezbollah’s positions fighting alongside the Damascus regime.

According to the UK-based NGO-OSDH, which has a wide network of information sources in the war-torn country, Israeli missiles targeted “Iranian warships directly at the container terminal” inside the port, “without causing violent explosions and significant material damage or casualties.”

Is Israel was the first to target the country’s most important Latakia portRami Abdel Rahman, director of OSDH, explained to AFP since the conflict began in 2011.

“About 01:23 [23H23 GMT del lunes], Israeli army launches several missile strikes on container warehouse in Latakia’s commercial port.“The military evidence cited by the company has been confirmed To you.

According to a report, Syrian air defense has been activated To you. Photos released by the agency show the containers catching fire where they were stored. “Firefighters put out a fire in the port of Latakia after the Israeli occupation,” state television said.

Israel rarely confirms this kind of attack in Syria, but it underscores that it will not allow this country to become a base for operations for its number one enemy, Iran. Iran has been a key ally of the Syrian regime, providing political, economic and military assistance since the conflict began in 2011.

Israeli Prime Minister Naphtali Bennett announced on Tuesday that Israel was fighting “day and night” against “evil forces” in the Middle East. “We are repelling evil forces day and night in this region,” he said, assuring Israel that “it will not stand still for a second.” The Times of Israel.

Israel has stepped up the pace of its operations in recent weeks. On November 24, five Syrians, three of them soldiers, were killed in an alleged attack on Israel in the heart of a country where the Hezbollah movement (pro-Lebanon and pro-Iranian) is well established.

On November 3, weapons and ammunition depots were bombed on the outskirts of Damascus, according to OSDH.

In late October, five pro-Iranian militants were killed in an Israeli attack on the outskirts of the Syrian capital.

Syria has been experiencing bloody conflict since 2011, causing about 500,000 deaths and forcing millions of people to flee the country.

We have the tools to deal with Iran if the nuclear talks fail: the United States