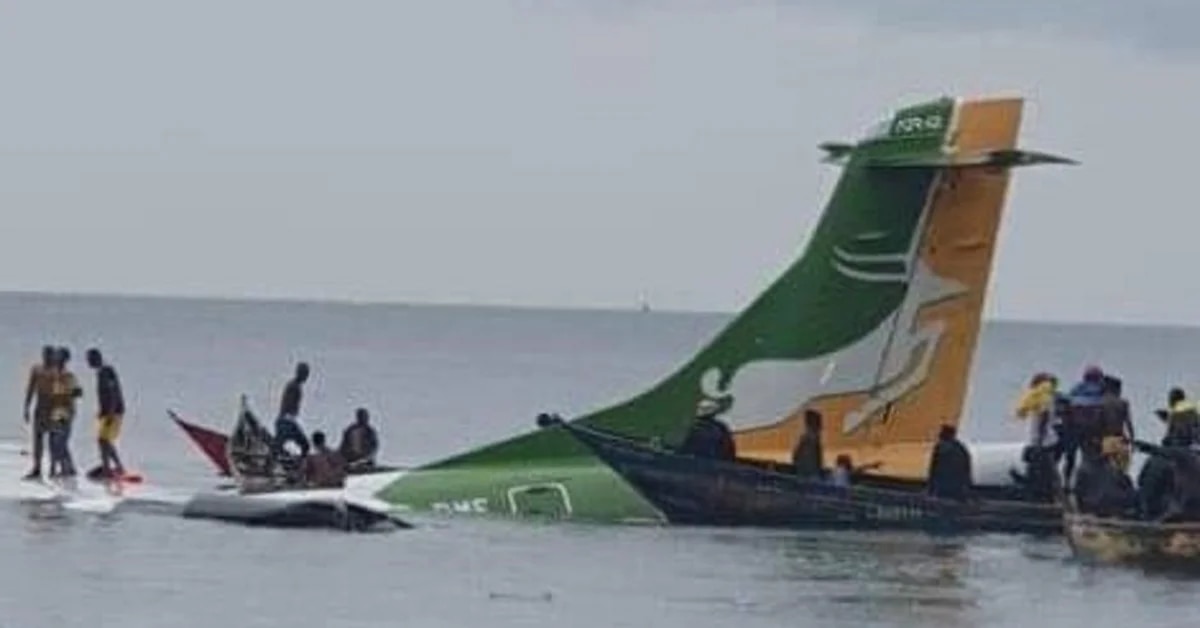 “There was one Accident with passenger plane of the company Precise wind what […] It crashed into the water about 100 meters from the airport,” regional police chief William Mwambagele told reporters, noting that rescue teams had been ordered to the area.

Tanzania’s largest private airline, Precision Air, issued a brief statement confirming the crash. “A rescue team has been dispatched to the scene and more information will be provided within two hours,” the airline said.

The precision plane crashed into the lake

Photographs of the aircraft, an ATR 42-500 twin-turboprop, showed media reports that it was heavily submerged in the lake.

“We managed to save some peopleKagera Provincial Police Commander William Mwambagale told reporters. “When the plane was about 100 meters (altitude), it had problems and bad weather. It was raining and the plane got submerged in water. Everything is under control,” he said.

President Samia Suluhu is already aware of this incident. “My condolences to all the victims of this accident. Let’s keep calm as rescue operations continue, asking God to help us,” he said on his Twitter account.

The company, which is partly owned by Kenya Airways, was established in 1993 and operates domestic and regional flights, as well as tourist charters. Its fleet consists of nine aircraft (3 ATR 42-500, 1 ATR 42-600 and 5 ATR 72-500). It is not known what type of ATR 42 was involved in the accident.

The incident comes five years after a plane owned by a safari company crashed in northern Tanzania, killing 11 people.

In March 2019, an Ethiopian Airlines flight from Addis Ababa to Nairobi crashed six minutes after takeoff from the Ethiopian capital, killing all 157 people on board.

In 2007, a Kenya Airways flight between the Ivorian city of Abidjan and the Kenyan capital, Nairobi, crashed after takeoff, killing all 114 people on board.

In 2000, another Kenya Airways flight from Abidjan to Nairobi crashed into the Atlantic Ocean shortly after takeoff, killing 169 people but ten surviving.